Hi. My name is Jennifer, and I am 29 years old. After having my daughter last year, I decided that I didn’t want to have any more children. After seeing brochures at my Ob/Gyn’s office about this non-surgical procedure called Essure, I decided that I wanted to get it done. I have never had surgery in my life, and the thought of surgery scared me. All of my children were born vaginally with no complications. I asked my doctor about the procedure, and he told me that it was a simple, in-office procedure that does not contain hormones. He told me how the coils would cause scarring in my fallopian tubes, and that I would need to have a ‘dye test’ done three months after the procedure to confirm blockage. He also told me that he didn’t know of anyone that had issues with Essure, although there would be one here or there that would need multiple tries to get the coils in the correct placement. I also asked about the nickel in the coils, because I am allergic to nickel (I can’t wear cheap jewelry.) He told me that it wouldn’t affect me and that I had nothing to worry about. After feeling reassured that this was a great option for permanent birth control, I decided that I was going to do it.

In December of 2012, I went in for the procedure. I first talked with the anesthesiologist and was brought to the room where the Essure would be placed inside of me. I woke up choking on a bit of water that was in my stomach, but besides a little bit of cramping, I felt fine. My doctor told me that everything went perfect, and that the coils were in place. Once the anesthesia wore off, my husband I went home.

At first, the only symptom that I noticed that wasn’t going away was the severe bloating. I have always been a very thin girl, but figured this was due to my last pregnancy. I looked like I was still pregnant, and often found myself answering the same questions of, ‘When are you due?’ It made me depressed, but it was also motivation to eat healthier and to exercise more. Once my first menstrual cycle arrived, I noticed that I had severe cramping, and like I could feel where the coils were. I felt this stabbing pain near my hips. My cycles were off, which wasn’t normal. I started going longer in between cycles, but my symptoms were getting worse. I also noticed that I had severe anxiety, and still have it. I was hospitalized at one time because of it, yet the doctors had no idea what was causing it. They ran all kinds of tests and nothing.

When I finally went two months without a cycle, the severe bloating wasn’t going away, I couldn’t lose weight no matter what I tried (this has NEVER been an issue for me), and I hurt more and more each day, I finally decided to call my Ob/Gyn. The sharp pains are just getting worse. My hips are killing me. I have sharp nerve pains that shoot up and down around my hips, I look like I am 8 months pregnant, I have no energy, I can’t focus, and most hurtful, I can’t lift my children for any extended period of time. I went to my doctor, who ordered an ultrasound. I called for the results, and I was told that everything looked normal. Okay, but this isn’t solving my issue. Something is NOT right! I had to schedule another appointment, which won’t be until January because of the holidays. Until then, I have to continue to live with this pain and I just pray that my doctor will open his mind and realize that Essure isn’t what it’s cracked up to be. It’s hurting many, many women. Many women are dealing with the same symptoms, and some have worse symptoms than I do. The surgery that I was scared to have, I now wish I would have had. I am now hoping and praying that they will do surgery and take these coils out of me, along with anything that they have touched. I feel like all of my insides are inflamed. All I can do is pray, and hope that all of the women suffering find some relief. I also hope that sharing my story will prevent other women from getting this procedure done in the future. 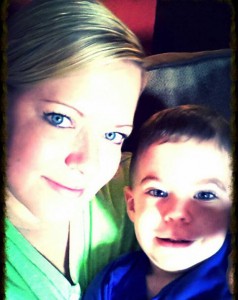