I was implanted May 2011. A quick simple in and out procedure turned into two weeks of pain and I was unable to move out of bed as if I had just had a child.  When I was able to get back on my feet and tend to my 2 small children, it was a slow and painful process.  My periods went from ok to excrustiating, having blood clots the size of grapefruits. I had break throughs on a weekly basis. I had sharp abdominal pain and I felt bloated all the time.  As the months progressed my periods got worse, my head headaches were dibilitating and my energy level had gone out the window.  When I spoke to a doctor in regards to my symptoms I was told it will get worse before it gets better. 2 1/2 years and I am not better.  I am currently taking prochlorprerazine for daily migrains.   I was a very healthy thirty-something woman prior to essure. In November 2013, I went to the gynocologists office to have an ultra sound, they noticed fibroids in my uterus, unresponsive uterine wall, and cysts on my ovaries. The only way to fix these problems is to have a total hysterectomy. I cannot afford to take off from work, school, and mommyhood to recover from another procedure.  So now I deal with daily abdominal pain, migrains, lethargy, and the constant regret of having these things in my body.  In retrospect, I was never asked about or tested for metal allergies, especially to nickel, nor did the doctor do the dye test on both tubes, just my right side. I have a constant worry that I might get pregnant or that these coils might migrate. 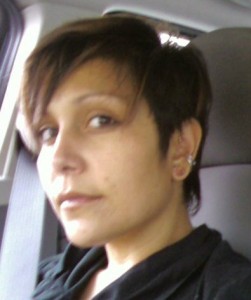