I had the Essure procedure done in May 2011. Since I had it done I’ve had horrible back pains all month long. I get pain that is unbearable right before my period. I have heavy menstrual periods. I get symptoms of being pregnant. I have breast tenderness nausea and I’ve gained like 40 lbs since I got it done. In July of 2011 I had a pulmonary embolism in one of my lungs. I have numbness in hands and feet. 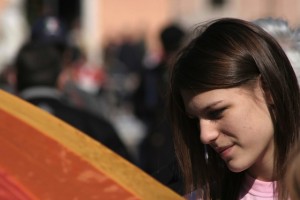