I had the Essure Procedure done at my healthcare provider back in August of 2010. Since the device is hormone free and permanent, I thought it was the best decision for me. By April, 2011, I was having severe headaches, fatigue, depression, back aches and weight gain of 30 lbs. After a few weeks of suffering, I finally did done some research on the internet and found a few blogs with women that were having the same issues. I knew right then that my physical problems were caused by this device. Since I didn’t want to go through the hassle of my HMO, I found a doctor near Atlanta, GA that did Essure reversals. I paid for the procedure and travel myself, approximately $5500. My procedure consisted of removing the coils, but not re-attaching the tubes. Since then, my health has returned to normal, back at my normal weight, no more headaches and bodyaches, etc.

If the manufacturer had listed these side effects on the label, I would’ve never had this procedure done. They claim that there is not enough research to associate these symptoms as side effects for the devices. In addition, my healthcare provider didn’t do a nickel allergy test on me, nor did they ask me if I was allergic to nickel. They do this procedure since it’s less complicated and less costly as an alternative to tubal ligation.

I hope this story gets out there to let any woman think twice about having this procedure done. Good luck to all and God Bless. – Jennifer 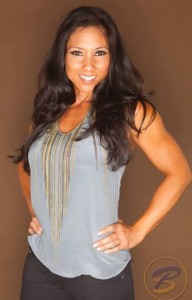 One thought on “Jennifer’s Story”