Hypochondriac? That’s my nickname given to me after all the years of complaining and aching when it came to the aches and pains and problems that I was experiencing all over my body. Prior to the ESSURE, I had experienced many other medical problems including at age 13 I had ENCEPHALITIS  a terrible brain swelling disease, which I recovered from and at age 15 I was in a roll over car accident in which I was ejected from vehicle and broke pelvis in 5 spots, my tailbone split in two and ripped my inside all up. My body was a hairline from being paralyzed which was my T-11 on my spinal cord; I had a temporary colostomy due to internal injuries and other complications. After all that I still managed to get married have 3 beautiful kids and this is where my life if not already full of pain that i learned over the years to cope with, my body took a downward spiral turn for the worst. I received the ESSURE procedure after my 3rd child in 2007 (DR GNAM) my life has never and will never be the same. Depression was the first sign of something wrong and if you knew me before I was a bright and vibrant young lady who was on top of the world. I checked myself into a mental facility (BRENTWOOD BEHAVIORAL HEALTH) and was then diagnosed with BIPOLAR. I was devastated never heard of such a word but I am a researcher. How and searched. Not soon after that I got a divorce and moved away with my kids. My mental state was deteriorating along with my new aches and pains and these unusual rashes popping up. I first thought my body was just aging rapidly and not in a good way at all. I wanted to know everything about my body so I could get a hold of what was happening to me.

I have a General Practitioner that has been with me since the beginning and I can’t wait to get my medical records I know my file will be huge. Along with the long listed printout from CVS and Walgreens of all the medications and doctors I have seen the last 8 years. I started out in 2009 with sharp pains down my legs. Omg did they hurt. I was use to pain because of my wreck but this was something I had never experienced before and I wanted to know what was it. I was so scared that my T-11 had maybe shifted or something and I was petrified of not being able to walk. The Doctor had an MRI done and everything was ok with my back but the sharp shooting pains down my legs were new and not going away. His diagnosis was pinched nerves and gave me muscle relaxers and pain meds. Those meds didn’t even touch the pains I had all down my legs and that alone was terrifying. I sucked it up and went onto the next thing which was these lesions that would come up all over my hands and feet, I was scared to death and ran to 3 ER doctors and 1 STD doctor who all looked at these sores and really had no answer for me. I was so embarrassed being treated like a disease sent into the quarantined ward and having nurses treat me like I was contagious. Depression set back in and I went to another mental facility just almost suicidal. I did my month at the ward and took all my meds and headed back to the doctor. He sent me to the dermatologist who looked at my hands and diagnosed me with Eczema. So I got my depression meds, bi polar meds, Eczema cream, pain meds, muscle relaxers, and god knows by now I was shoving tons of vitamins in me to keep from getting these dry itchy rashes. I was once so normal now I felt like a monster. Next came the way my skin started to look. I got these purple blotchy white spots when it got cold and never had this before but all I could come up with was Reynaud’s Disease or over the years of taking all these medications it had taken a toll on my body. I looked and felt like death all while trying to be a good mother to my 3 kids and maintain a job?

26 years of what seemed to be a very normal life. I gave birth to 3 very normal and healthy kids. Soon after my body started to deteriorate over many years and what seemed to be this woman, once a very strong healthy vibrant woman fell ill to what is now after some much needed research all related and started with the Essure procedure. I finally found the answers to all my aches, pain, rashes, and mental illness.

I have been on a medical emergency escapade since 2009 which I received the Coils in 2008 so this is about right when I started to complain over and over again. I will try to walk you through the horror as best as I can. I remember starting my journey with a general practitioner who I went to with sharp pains down my leg. I had these pains constantly and it was debilitating. I remember collapsing 3 or 4 times as though my legs just gave way like jello.  I have had many black out spells in which I just thought I was sick with something but What?

Dr Coleman first response was to get me to the MRI so that he could get an X-ray of what was happening. We went round and round on the pain I was experiencing like sharp shooting pains all down my leg it was terrible, muscle spasms, back pain and just an overall felling like something was wrong. We moved on to what seemed like never ending UTIS. I kept and still have them and constantly having to take antibiotics and then yeast infection meds to follow. I cannot tell you how many times I have had these. I eventually just made an appointment every 2 months and just routinely checked for them since 95% of the time it was one.

You see with all the health problems of my body I eventually went crazy and I do mean crazy. They labelled be bipolar, suicidal, ADHD, and I over the years have been in and out of mental facilities. I am not blaming the coils for my mental illness but with all the madness in my body I just lost control for awhile. Many times my family would tell me all the physical problems was my body getting used to the meds so I kept quiet for awhile until the next problem arose.

I decided to do some research on Essure a couple of years ago and just the overall experience I had when I received them. That too is a story that after reading others stories is exactly what happened to me. After my second child was born in 2005 I took my mother with me to appointment with OBGYN and asked the DOCTOR if I could get my tubes tied like my mother has and after a long discussion he recommended that I wait till I was 25 years old so that in case I would regret it and won’t more kids so I left and got pregnant with my 3rd child in 2007. The same doctor delivered her and that is when I went in and asked for the IUD a device I did tons of research on because I wanted it and it was the same thing my older sister had and it seemed to work well.  My sister’s selling point is that the IUD last 10 years and you can take it out whenever.  He hesitated and told me that he didn’t know much about it and would be risky. Next thing you know I am scheduled for what he believes is the best solution for my body and that was the Essure Procecure. I don’t remember ever receiving much or any info at all on these monster coils. If I know me and I would have read what these things look like and what they do I would have said HELL NO.

But I got them and got a card to put into my wallet to carry along with on my ride with these Coils inside of me. I had to pull the infamous card out a few times to let other doctors know I got something inside me that could react to their treatments.  Most ER doctors looked very puzzled and confused when I mentioned what I had and that made me a little more scared as to what I do have. Being BIPOLAR I have quite the imagination and eventually thought this was some kind of Xfile thing or even aliens. I am serious it truly was making me crazy.

I truly have no idea what is coming next for my body but I see tons of ladies getting hysterectomies and that scares me to death. I cry all the time and crying now just to think of what all of these women are having to face and scared to death of what my next move will be. I would like to think that if i had these removed, my body would return to normal but I think all the medications I have been on the last 8 years has taken a toll on me and I will always have to deal with something. Not to mention the mental anguish that I must face every day of not being there for my kids like I should have been due to mental facilities, doctors appointments and just the overall fight for normal which I never got.

I still continue to fight through mental illness, rashes, pain, tremors, Reynaud’s disease, hair falling out, dizziness, etc. I want you to sit back and put yourself through my shoes for a moment and ask yourself would you have survived and fought through it like I have. My love life and searching for a soul mate ended a long time ago as beautiful as i was, I was a disaster to anyone I ever met. I immediately let them know I was crazy, got weird rashes, hypochondriac, and not worth their time. I scared people away from me because quite frankly I was scared of myself. 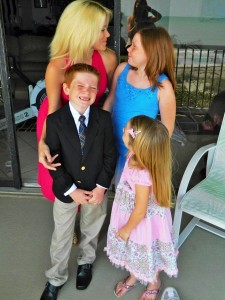