Looking back at all the years of pain that I have experienced and really recalling how much pain I was in and how severe it was really leaves me in tears. I ran to ER after ER crying out for help. I was treated like I was crazy and therefore over the years I have become crazy. It is so sad to think that almost a decade I have been living in a body that was altered with the Essure and immediately my body rejected such items. Unlike the girls that have info about this product back in 2008 up until now there was really no one I could reach out to for help.

When I hear of the pain others suffer and how the doctors find out later that the coils had perforated other organs leaves me to believe that god only knows what is happening inside me. The countless number of ER rooms that could have performed an ultrasound but didn’t. I am sure they would have discovered something was wrong.

I believe all doctors would just write me off after discovering that I had a colostomy and they would just tie my gut wrenching stomach pains to that. But what they didn’t know is I have had stomach pains since I was 15 when I received the colostomy and by now I know what pains I have and where they are coming from. It is just that the new aching pains I was now experiencing was much worse than I had ever experienced. The pains I was experiencing all down my legs the doctors just tied that into the wreck I had where I broke my pelvis in 5 spots along with my back. Once again since I was 15 years old I have had pains and I was used to them and recognized all pains. It wasn’t until 2008 that my body started to produce new and worse pains than I had ever experience and I knew my body and I knew something was wrong. I just couldn’t convince the doctors to look a little deeper and find something wrong.

I don’t know at all what my next step will be but I know it will not be a very pleasant road to take at all. I have read to many stories of these young ladies who all seem relieved after getting these coils removed.  What I don’t get is ESSURE’s selling point which is no surgery for the placement of the coils but they failed to inform us that in order to remove such devices what once was so easy to put in sounds like a nightmare to take out. I cannot believe I am now having to face a procedure that could have been avoided had the doctor respected my wishes on me having my tubes tied or the IUD. Those are the 2 types of birth controls I specifically asked for because both my sisters have the IUD and my MOM had her tubes tied. I wanted to kind of go with what has worked for my family. I never asked for the ESSURE nor was I given anything to read about it or even was told just what was about to happen to my body.

Both my sisters successfully have the IUD and have had no complications but not to worry if they do start to experience problems, the doctor can just pull the IUD out and that’s it. Problem solved!! As for me it looks like I am going to have to endure hospital stays, surgeries. And being cut open and looks like some parts of me will be cut out which I just can’t understand how in the world I got here.

I wish there was someone standing right in front of me that I could just punch over and over again for doing this to me. For every ache and pain they get a punch and while my insides are being ripped out from me, someone stands over them with sharp stilettos on, stabbing them into the belly of those that harmed me. May they suffer as long and hard as I have. I guess if this was all a money thing than they won’t mind if I take a few million off their greedy hands and start to repair damages done. Because the quality of my health started to decline and still is. The person I once was is gone. My children’s lives were affected since mommy was always complaining and hurting and the countless number of doctor’s appointments and Emergency rooms I have had to endure. My mental condition is the worst it has ever been. And from all the medications I have been on the last 8 years that to has ruined my body. They have left my body with involuntary muscle movements and twitches that will always be there. It is so embarrassing my body is disgusting. I am a mess and it is no longer going to be shoved to the back as not important because I am important to my family and to my kids and I didn’t deserve this and neither does anyone else who was violated with these MONSTER COILS.

I think it is great that ESSURE has had such a success rate and hats off to those that don’t wake up every day hurting. The ESSURE coils and your body agree with each other and can function fine. There are however many of us that are not doing so well and scared to death like me of what our future holds. How dare you violate our rights and our bodies? Take your invention and shove it into all your loved ones and watch as their bodies reject and fight for normal but that will never happen. 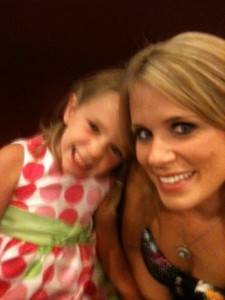