I am a 29 year old mother of three. I had asked my doctor about having a tubal done after the birth of my last child in July. He then ranted and raved about how amazing Essure was. So I had the procedure done Nov 16, the procedure was suppose to be painless they told me.

I cried through the whole thing and I was in so much pain after they had to give me strong pain killers while I was still in the office. Ever since I left that office I have been in pain. It literally feels like a combination of first day menstrual cramps mixed with the beginning of labor pains everyday. Sometimes I feel it all down through my legs as well. I have a headache all day everyday, and I get light headed and nauseous. The pain is so bad it keeps me up all night and on the couch most of the day. I had to quit one of my jobs because of it. I can barely take care of my three kids because I hurt so much all the time. There is no relief. I have called my Doctor 11 times in the month since I’ve had it done. They keep telling me it will get better and not to worry. I finally called and screamed at the nurse and they scheduled me for an ultrasound two weeks out. I just want to feel better. 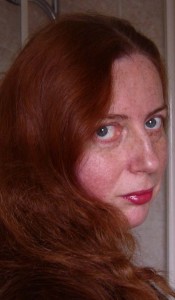