I got my essure implantation around august or September of  2006. I had just had a second child and she was 7 weeks premature. my first child was born healthy, but I had hemorrhaged with her so I decided that maybe I was not meant for having children. I was on NO medication prior to the procedure, except the birth control that I was put on inbetween having my daughter and getting essure. not long after having them placed I remember having intense stabbing abdominal pain. I believed this was probably normal, just part of the process, so I did not seek medical help. i began having migraines. I mean intense, horrible migraines. I went to my PCP and was diagnosed with migraines. As time went on I have developed more symptoms. The numbness and tingling in my extremities had me terrified so I went to a neurologist finally after having a CT scan, multiple labs, and medicated with several different medications. I have been put on everything from blood pressure medications to anti seizure medications trying to get  my migraines under control. The neurologist had an MRI of my brain w/without contrast, normal. MRI is my spine. I have had to take off several days from work, to the point of having to fill out for FMLA just to keep from getting wrote up.  Then the joint pain and extreme fatigue. Symptoms that kept compounding. I remember racking my brain wondering if I had gotten a tick bite at some point. Another round of labs. Everything was normal except my SED rate, indicating imflammation. And some other immuno markers were slightly off. I was told that this is probably just an acute illness and I’d be over it within a few days. Nope. Now back pain. But the absolute worst has to be the migraines. I have a HA every day of my life. People will say did you take something for it?  Yes I have but it never goes away so why keep taking medication that doesn’t work. I just wanted to know why. I just know that I was healthy a few years ago. I mean 100% healthy. But now, I’m not even 30!!!!  I just want my life back. Depression, yes I now suffer from a mild case of depression. I have NO entergy to get through the day. By the end of work I’m ready to crawl in bed and cry myself to sleep. I have two daughters who need mommy to be healthy. I was such an active person, but now, I’m so tired. Brain fog I guess I should add that to the list cause I can’t remember anything.   So two days ago my husband says to me, ‘have you looked into the side effects of your essure?’  I said what side effects. He then proceeds to tell me that there are commercials on about this product and contacting a lawyer. I tell him that I’m not going to feed into a class action lawsuit that probably has noticing to do with this device. I humored him and did look up the side effects. I have SEVERAL!  So now I’m just devastated. The cost to get these thing removed is astronomical.  I’m calling my MD in the morning to make an Appointment, then I will call the insurance co with my ICD-9 codes and CPT codes To see of they will cover any part of the surgery. If this could possibly give me my life back I guess money shouldn’t be an object. That being said, I never signed up to be some companys guinea pig. 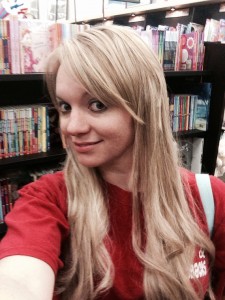