Two days ago, I found out I am pregnant for the fourth time. I am having a difficult time wrapping my brain around having another child especially since I thought I took the necessary steps to prevent this. After my third baby, my husband and I decided that our family was big enough. I am a stay at home mom and we survive on just his income. Not only was this a financial decision, but also a medical one. After I gave birth the last time I had a health scare, where I thought I would die, it was very scary to myself, being a new mom and mom to two other children and to my husband, watching me go through it.

At that point we decided that I needed to be around to raise my children, so I decidied after much encouragement from my doctor to use Essure. Now that I am pregnant again, I am afraid of a few things. One, ectopic pregancy, for which I have to wait for a few weeks to find out because I have no symptoms and I am only about 5 – 6 weeks pregnant. Two, that the baby may have complications or birth defects because of the coils and three, that I may actually die this time around. I am afraid, and want answers from the makers of Essure.I bought into the hogwash of how safe the procedure is and the assurance that I would not get pregnant and now I am face with these concerns. I hope something happens soon, becaus there have been way too many stories of complaints and frustrations. I need accountability from Essure! 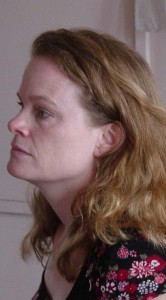