My name is Joy Taylor and I am a 36-year-old married mother of three from Hanover Township PA. My Essure story starts in 2010 when my Gyno said I was getting too old to be taking birth control pills.  At the time I was a very active woman who would be at the gym two to four hours daily and would do Zumbathons all the time.  I knew I didn’t want to have any more children so the Gyno gave me the option of getting a tubal ligation or the Essure product.

I’ve always been afraid of having a surgery and the Gyno was really pushing the Essure, saying that it was less invasive, easier, safer, and less chance of side effects. After discussing it over with my husband we decided to go with the doctor and get the Essure and set an implant date.  When I woke up after getting the Essure, I was hurt way more than I expected.  After awhile the pain let up and I went to get the test to make sure that the Essure was effective.  The test was extremely painful and I stayed in pain for a few days afterwards.  They said the Essure was successful and the scar tissue had closed my tubes.  I went back to my normal activities and thought everything would be all right.

Soon after that I started to get periodic sharp stabbing pains in my abdomen and I notice that my period were getting longer and heavier.  I also started to get menstrual cramping with my cycle which I haven’t had since I was a young teenager.  I also started to get spells of sweating, light headed, dizziness, and trembling.  It became harder and harder to go to the gym because I was having aches and pains and felt like I was going to pass out. I didn’t know what was going on.

In addition, sex with my husband started to become uncomfortable and painful, so you could imagine how he felt about that.  In February of 2012 I went to my doctor’s office and told them that something was really wrong because I never had any energy at all after the procedure.  They said that I had depression and made my antidepressant medication dosage higher.

In May of 2012 I decided to return to work. I am a phlebotomist at a local plasma donation center.  My symptoms continued to get worse. My periods were getting heavier and closer together.  I thought maybe I was going through the change. I went back to the doctors and told them about my spells of sweating, dizziness, and trembling because it was starting to interfere with my work. Nobody wants to have a phlebotomist with a 17 gauge needle sweating and trembling coming at their arm.  The doctors said they thought that my thyroid medication dosage was to high and lowered it and sent me home.  It didn’t help. Everything kept getting worse and worse. My bleeding got to the point where it was more often than not and had also gotten to the point where it was almost hemorrhaging with big disgusting clots.

I returned to the Doctors again and they sent me for a trans-vaginal ultrasound.  The Ultrasound came back that I had multiple cysts on both ovaries and they referred me to a Gyno.  The Gyno said the cysts were small and he didn’t think that they would cause my any trouble.  He started me on the hormone Agestin and did an endometrial biopsy.  He said the biopsy came back normal.  When I was on the hormone the bleeding temporally stopped, but the cramping and sharp pains continued.

When I finished taking the hormone the bleeding started right back up.  I told the Gyno that I thought the Essure was the problem. The doctor didn’t know what it was and then he said that I was wrong and Essure couldn’t be the reason.

Problems continued and kept getting worse.  The cramping was becoming unbearable and the bleeding was gross.  I started to miss more and more time at work due to the pain.

I decided to try a new hospital system.  I went to the emergency room in severe pain bleeding again, feeling so fatigued and drained that it took all my effort just to go there.  They sent me for another trans-vaginal ultrasound and told me I had ovarian cysts, referred me to a Gyno and gave me painkillers that didn’t help and sent me home.

The new Gyno office was very nice at first.  I saw the physician’s assistant who listened to me go on and on about how no one was helping me, and how I thought it was the Essure and how the nickel being in the Essure triggers reaction from my body.  She put me on a different hormone and scheduled my to see the Gyno.  The hormone had the same reaction like the last one I had.  The bleeding stops while I was on them, but as soon as the treatment was over the bleeding started again.

At this I felt like a zombie, no energy at all. I went from being a healthy active woman of 167 lbs that could do four hours straight at the gym to an unhealthy woman of 255 lbs that could barely stand at work for a shift.  I wrote down all the symptoms I’ve had since the Essure. Let me tell you, it was a long list!

I also brought a picture of me before having the Essure to my appointment with the new Gyno.  He listened to me and believed me that there was something seriously wrong.  He gave me the options of having an endometrial ablation or a partial hysterectomy to remove my uterus and tubes.  After talking with my husband and my Gyno, we all decided that the hysterectomy would be the best option to remove this awful device out of my body.

I had my hysterectomy on April 26th 2013. It hurt but not nearly as bad as I thought it would.  Amazingly my fear of being under the knife was less than my fear of keeping the Essure device in.

Two days post-op I had pneumonia from the surgery but people started to say how much better I looked.  I was told that my color was returning and that for the past couple of months I had looked sickly and green.  The pathology report for the hysterectomy came back that I had Adenomyosis.

I am now one week post-op and even though I am still recovering I feel better than I have been in the last 8 months. I hope I can return to work soon because my medical leave is unpaid and I have to support my family.  For now I’m just happy to feel like myself again. I hope that by writing this I could help other women not to make the same mistake. I would not wish for anyone to go through the hell I had to go through because of Essure.  I’m glad to be E-free. Free at last, Free at last, thank God that I’m E-free at last. 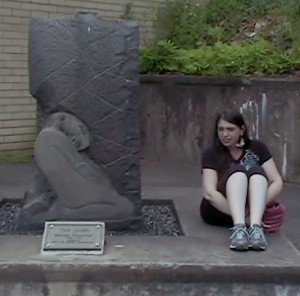