In 2003 after my son was born I decided to go with the 5 year plan of Mirena. When the 5 year span was up I asked my doctor to, ‘tie my tubes.’ He then explained that there is this great new permanent method that is like a tubal with no cutting and less down time. He recommended this since I was on the heavy side and also it was a better fit since I had c-sections in the past. I TRUSTED HIM, after all he was the only doctor through my sons pregnancy and delivery that sat down and took the time to answer all my questions.

In October of 2007, I had Essure placed in the hospital and was released about 3 hours after. In January 2008, I went back to hospital to get the painful 3 month HSG test. Before leaving, the tech who performed the HSG said, ‘ you are good to go, 100% blocked.’ About 6-7 months after it had been placed, I finally stopped bleeding. My periods at the time were heavy but I would only have them every 6-7 weeks. My doctor did explain that my periods would be heavy but in time would diminish. So this didn’t worry me.

At the end of March 2010, I had the symptoms of being pregnant and in the back of my mind was thinking, I can’t be, the doctor said my tubes were blocked and left it at that. By the first week in April I was still having morning sickness and thought ‘hey I’m just going to ride to the dollar store and buy a pregnancy test’ Came home took the test and was SHOCKED. I called my husband at work and cried, he said that it’s ok. At that moment in time, I was exhasted thinking that I had to start all over ,that I went in and had this done not to have more babies. I called my doctor and said ‘hey I am pregnant why’???? He said come to the office and we will run a test. At this time my state funded expired since I had a permanent method of birth control. I told him that I was not paying to see him, that I didn’t have money for that and he said this one he will not charge for and to come in, so I did.

When I got there they ran their pregnancy test which still came up positive, like the 10 I had bought at home. He explained that it is most likely an ectopic pregnancy but to come back in a week for an ultrasound and if I was in pain to go to the ER. He sent me off with a positive pregnancy test proof of letter to give to get me back on medicaid.

A week later I went in and he was shocked, he saw a heart beat in my uterus. He said if I wanted to, there were places to take care of it. I chose to have her. I asked him how and why this happened and all he can say was, ‘Kiddo, its a paradox in enigma’ which meant a miracle that can not be explained.

All tests throughout the pregnancy came up red flagged. The first one was that she tested for a genetically deformation (either Trisomy or Down syndrome) and they wanted to check the amnio fluid and I opted out of that. Another test came up that her heart was lopsided and they couldn’t see the four chambers. I went to an Echocardiologist and they said her heart beat was fine and that is all they worried about. At about 30 weeks pregnant I was put on light duty for having contractions and my job opted to put me out. Luckily, I had short term disability which only pulled through a certain percentage of my paycheck.

After the c-section I had my doctor tie my tubes. Why he left the coils in is beyond me.

THROUGH OUT THIS WHOLE TIME contacting conceptus for any answers and always being told a support specialist would get back to me.

Currently, I have painful debilitating heavy clotted periods, back pain, headaches, nausea, weight gain, depression, no quality of life to name a few. I want these things out, and can not afford it and the state will not fund it since I did have my tubes tied and am not pregnant. I feel essure has ruined and is threating my health. 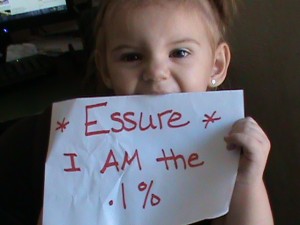