My husband and I had 2 lovely children: 1 girl and 1 boy. I switched birth control from the Pill to Nova Ring. Very early on I realized that my usual mild and widely spread migraine headaches were happening more frequently and lasting much longer. My husband and I didn’t want to just stop the Nova Ring without consulting with my ObGyn. I had an appointment scheduled. As a couple of weeks went by while I was waiting to see the doctor, the timing of my period came and went. My last pregnancy I was extremely sick. I had my gall bladder out during that pregnancy which wreaked havoc on my digestive system. Needless to say, we were not planning to have another child. But as any woman would understand, you can’t just ‘let it go’. The question kept on my mind, “what if I’m pregnant?’. I took an at-home test and it was positive.

When I finally went to my Ob/Gyn appointment there was a lot more to talk about. I was scared about having another rough pregnancy. But, within 9 months we were blessed with our third healthy, beautiful baby. Now, we had a 7 year old, a 15 month old and a newborn. We all adjusted to our new addition. .But, my husband starting asking about a permanent form of birth control. He brought it us because I was still battling migrains with the pill and I didn’t trust the Nova Ring.

I had  a scary post-pardum depression after this third preganacy. I was felt so upset that my baby wasn’t ‘with’ me anymore. For months I swore to people that I kept feeling her still moving in my tummy. I was put on anti-depressent medication that started to feel much better. After I felt more myself, my husband and I started talking again about a permenant birth control.

I made an appointment at my Ob/Gyn. She went through a number of options but she kept letting me know that other options came with a LOT of negantive side effects. She pushed the eSSURE proceedure because it was to have absolutely no side effects and that migrains might be cured because the period would be so light. My husband and I thought this was the best choice becuase the down time was supposted to hours (not days or weeks), it was out-patient proceedure which was a plust so I could take care of the 3 kids.

I had the eSSURE inserts put in in late December 2013. Within a couple of days I started feeling a dull ache on my left side. I brought this up at my follow up surgery appointment. The Ob/Gyn tolde me that it was impossible to related to the eSSUE. I had an internal ultrasound where they found  a 3 cm. cyst on my overy. I was removed with the hope that the pain would go aaway. A few days after that surgery, the pain started up again. I was prescribed Vicodin and OxyCoten for pain releif. The took the ‘edge’ off, but never made me feel myself. I only took the medications at night because I didn’t want to have those chemicals in my system during the day whil watching the kids.

Aftter several months, more ultrasounds were offered. I went to each one but there was nothing that could be causing this pain. It was at the dye test that the doctor explained the x-ray to me. On my left falopian tube, the ESSURE didn’t to in correctly. It punctures the tube, went out of the tube and then reenterd the tube further down the line. Again, I asked fi this could be the source of my left-sized pain. She again told me that are no complications with ths surgery. Later that month, at a follow-up appointment, I told her again of this pain. She told me that I would have to have a full hyterectomy and be put on an intesnse hormone traeatment if I wanted the coils removed. Or, she suggested, go to my family doctor for more tests.

I’m 36. I don’t want a hysterectomy. I just wanted some answers. My family doctor gave me a variety of pain medications. None of them ever tooh the pain away. I was sent for a CT scan, x-rays, kidney ultrasounds and  lot of blood work. Everything was normal. He suggested that I visit a Sports Medicine doctor. She told me that it must be muscular, so I was sent off for physical therap twice a week.

Out of despiration, I called my Ob-Gyn to ask if there was anyone where we live that attemp to remove the ESSURE but not with a hysterectomy. I got a resounding NO. So, I began to hit the Internet for more information. I quickly found 2 clinics in South Carolina that have performed 1000’s of these ESSURE reversal surgeries.

I researched one quite exensivly. They normally don’t deal with health insurance, but becuase our policy specifically DOES cover sterilization reveral proceedures, we wouldn’t have to pay out too much. I was so excited. I packed bags, scheduled the kids to go over to my parents’ house for 2 nights, did all the cleaning of hard places that would not be able to get to after surgery, paid my deducttibe for the surgery, booked a neaby hotel room. 2 days before we were scheduled to leave for SC, the nurse calls. I got a bad feeling about that call. She told me that they were going to have the proceedure done at a hospital they are affiliated with because the hospital accepts insurance. The Clinic that this company is, does not take insurance. They want cash up-front. The price rose from $500 (for our deductible) to $7,500. I was heart broken.

About a week later I called customer service of our health insurance plan. I told him what I wanted done and if there were any doctor’s within our network who pef forms the ESSURE reversal proceedure. He gave me a few names to get  started with. The 3rd doctor had his nurse call me. She said that he has done dozents of these ESSURE reveral proceedures and he wanted to schedule a consultation with me a couple of days later. I just about leapt up out of my pants!!

After meeting with the doctor. He assures me that this procedure can be done without ever entertaining the thought of a hysterectomy. My surgery date is scheduled for January 27 ,2014. I have high hopes that this will remove the pain I have suffered with for over a year and that I can get back to being ‘me’. I feel like I’ve missed out on a lot of things this year. I’m looking forward to getting back to enjoying life! 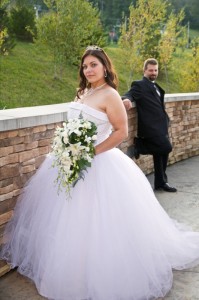 One thought on “Kara’s Story”