Hello, I had essure inserted back on 1/2013.  When I went to my OBGYN to get information on my choises for permanent sterilization she told me about Essure.  My doctor made it sound great!!  Out patient procedure that my insurance would cover 100%, and I wouldnt have to miss any work, sounded great.  The procedure itself wasnt too bad, and I was back to work like normal two days later. The only issue I had at first was pelvic pain on my right side off and on. The first two years werent too bad, I had gained some weight, but didnt think too much of it.  I started to get really bad stomach pain/burning on the right side up by where my gallbladder is, that would radiate to my back.  I was seen by my primary doctor and had tests done to check my gallbladder, and all came back fine, including a CT Scan.  Well last year all hell broke loose!!  The pelvic pain I was having on my right side was happening more frequently, and the stomach pain/burning was getting worse.  For about the last year I have been in a lot of pain.  I have been to the ER two different times with no answers.  They did blood work, CT Scans, Ultrasounds, and found nothing wrong with me.  I have been to see my OBGYN numerous times with complaints about my symptoms.  She at one point even sent me back to my primary doctor because she did not beleive that the issues I was having were from the Essure.  At my doctors office they ran a bunch of tests to once again check my gallbladder because of the pain i was still having in my stomach and back.  Once again, no answers.  I was sent back to my OBGYN.  This time she metioned that the pain I was having may be due to endometriosis, but the only way to diagnos that is to do a laproscopic exploratory procedure.  The thought of being cut open and going through that just to see if it was endometriosis was not pleasant.  I decided against it at the time so my OBGYN put me on birth control pills to see if it would help with the symptoms I was having.  I started the birth control pills May 2015, and since then I have gained another 20 pounds, and still am in pain.  The last two months I have been really nauseas, to the point where I have had to leave work early because I was so sick.  I scheduled yet another appointment with my OBGYN.  This time she said she didnt know what else to do for me and she had done all she could.  She offered to do a hysterectomy and remove my Essure coils also.  As great as this may sound, I am very nervous about getting surgery.  Also, if and when I decide to get the surgery I am being told that I will have to be off work for 3-4 weeks, and my insurance is requiring a $1500.00 to $1600.00 payment before they will do it  As far as I am concerned, Bayer should have to pay my deductible and reimburse me for the time I will be off work.  I wish I would have never gotten the Essure!!  Sending love and prayers for all of my E Sisters that are going through all this.  I am just happy that my OBGYN finally listened and agreed to remove the coils! 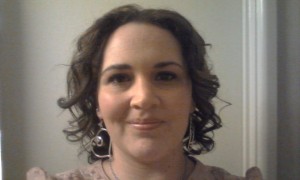