I had no clue until I saw this website that my issues could possibly have been created by the Essure procedure. I had the procedure done in Feb 2008; I had gastric bypass surgery in 2007 and knew that taking the pill was no longer an option. Since I already had two grown children, I was done with childbirth. The Essure procedure itself was a nightmare. I have never been in so much pain in my life. I handle pain very well, not a complainer, but I was sobbing by the time the procedure was complete. The pain was horrible. I then began having extremely heavy bleeding, painful-stay-at-home cramps.

I told my doctor about the problems I was having, he blamed it simply on the fact that I wasn’t taking birth control any longer. I suffered with the the extremely heavy painful periods for 3 years when I decided to see another doctor. He put me on birth control pills to help control the symptoms. I still had pain, this doctor ordered an ultrasound of my uterus and ovaries, looking for cysts or reasons for my pain. Nothing was found. He and I discussed having a hysterectomy, but I declined, hoping things would improve. For a while the birth control pills helped. Then in the early summer of 2012 I had a period that lasted two months. My doctor suggested having endometrial ablation rather than the hysterectomy. I had this procedure, hoping for lighter or no periods in August 2012. To date, I still have fairly heavy periods, and cramps off and on throughout each and every month. I’ve recently relocated to a different area, new job, new doctors. I have an appointment with a new doctor soon…I will bring up the many, many women that are suffering because of the Essure procedure to see if this is indeed the cause of my problems.

What had sounded like an answer to the birth control problem has become a literal thorn in my side. God Bless those women who are suffering more than me. 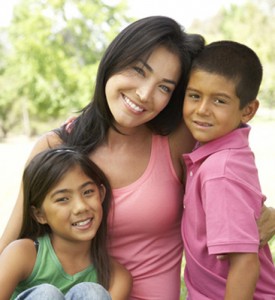