I went to my GYN to discuss birth control and heavy periods. I had used an IUD in the past without issues as I am unable to use hormone-based birth control. My periods had been a bit heavy and I wanted to discuss that as well. A few years ago, she had suggested the Essure porcedure but I had turned it down because at that time she required a month on a BCP to prepare for the procedure. This time she told me she could do the procedure as long as we did it on the 8-10th day of my cycle. She also recommended an ablation for the heavy periods. She gave me the brochures to read and then asked if I had any questions. I asked her repeatedly about whether there were and potential risks of long term complications with the Essure or problems.

I am (was) a healthy, active 45 yr old mother who participated in sports and was looking forward to the upcoming triathlon season. Other than initial side effects (cramping, spotting, nausea) she said there was no risk of anything long term. She told me it would be easier than the IUD as far as afterwards. She told me I was the perfect candidate for this procedure, that she had been doing them for 5 years and NEVER had anyone have a problem. Because it was non-hormonal, she told me it would have no systemic effects at all.

She briefly covered the risks of perforation, expulsion and migration. But again, told me she had NEVER had this happen. We decided to do the pre-ablation endometrial biopsy and Essure the same day and follow-up at a later date with the ablation. Day of the procedure I was given Vicodin, Xanax and Phenergan in the office and THEN given my Informed Consent to sign. I barely remember signing it. The procedure was painful and longer than expected, she had problems getting the left coil in but continued push until she was successful.

She then informed me she was not sure that one had gone in correctly and at the 3 month HSG if that tube was not blocked, she would have to go in and do a ligation on that side. That was news to me. She never covered that risk. Almost immediately I was nauseated and in immense pain. I called the on-call doctor that night for stronger pain medication. I felt like I could even breathe I was in so much pain.

The next day when I called the office I was brushed off and told that the pain and nausea I had was typical and it would pass. Within a week I went from a healthy athlete to a shell of a woman who could not stand up straight, constant nausea, pounding headache, severe pelvic pressure and pain and a strange metallic taste in my mouth. The doctor NEVER followed up with me herself, but left it to her NP. The best they could offer me was ‘This has never happened before’  and ‘It will pass’. No one asked me to come back in or anything.

I requested an Ultrasound to see if they were still in place (thank god they were) and started looking for help. I was not able to get into another GYN practice for a second opinion because I was considered a new patient and it would be 3+ months to get an appointment. I contacted a clinic in Chapel Hill and spoke to a nurse there and my mother, who is a nurse, spoke to some of her colleagues as well.  I never wanted surgery. I never wanted a tubal ligation or hysterectomy. Even if I could wait to see another GYN, those would be my only options. But I can’t wait, I get sicker as each day goes by.

The doctor in Chapel Hill does an Essure coil removal with a tubal restoration. I have no choice at this point but to shell out the 7K and get these out of my body before they do any more damage. This doctor and this surgery give me that chance. I feel angry and lied to by the medical community, of whom I trusted with my most sacred possession, my health. I asked all the right questions and the only mistake I made was not going on the internet. But that should not be a requirement for health. I feel cast aside and ignored, and terrified that I have done something to my body that will have long term effects. I go for surgery in 2 weeks, and pray everything goes well. 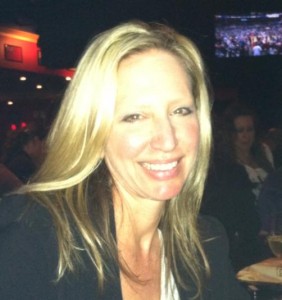