I had the Essure procedure on Tuesday July 30, 2013. When I talked to my doctor about getting it done I was told it would be easiest to do for me because I’m a bigger girl and laproscopy would have a longer recovery time. Thus, the Essure was supposed to be a breeze and the only side effects I was told of were a little nausea from the anethesia and light bleeding.

Two nights later I was going to the bathroom and a migraine rocketed through my head and hasn’t left me. I went to my hospital twice without feeling much relief. I’ve had CT scans of my head and pelvis, both came back negative. My head was so bad by Sunday night that I couldn’t pick my 1 year old son up and hold him because it would hurt my head to take on his weight. Every movement I made had waves of pain shooting through my head and each time I slept I would wake up screaming from pain. I have now filed an FDA report through this page and signed the petition. This Essure has been a living nightmare! 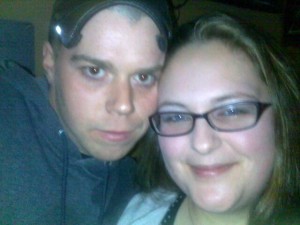