I met with my cardiologist about a year after my 2nd child was born. Cardiac problems run in my family so until this point it had been as a precaution. During this visit we spoke about future pregnancies, I was unsure even if I wanted more at that point as I was a young, single mom of a 2 year old and a newborn. My aunt was in her 30’s when she passed away, she had 4 aneurysms and the final one she passed in her sleep. My cardiologist stated he thought 2 children were plenty and the more pregnancies/labor the more at risk I would become. He stated I should meet with my Ob/Gyn and discuss options. During the next 2 years I had moved cities and had acquired a new Ob/Gyn. I was working full time to support my children and going to school so dating was not really an option for me (therefore birth control was not a necessity). Eventually I decided to get back in the dating world and met with my new Ob/Gyn regarding options. I had the Mirena placed (this would not be the first time I had Mirena; I had it placed after the birth of my 1st child). With the Mirena this time I noticed a lot more cramping and a much heavier flow, I was miserable during PMS. I again met with my Ob/Gyn and he told me all about Essure. He stated it would be perfect for me as I am a single mom with no time to recover from surgery and how it had zero side effects. He said I would have it done in an office and would only feel minor discomfort ‘it will feel like cramping from your period’.  I thought this thing was a Godsend. At the time there was very little information on the internet regarding Essure so there was not much to read up about it, and what info was on the web seemed positive. There was not much on the device as far as what it was made of but I did ask my Ob/Gyn if I would have any reactions to the nickel as if I wear jewelry containing nickel (such as earrings) I notice my skin turns very red and becomes extremely irritable. My doctor all but laughed at me and stated the amount of nickel in the product is so minimal that I would have no reaction at all. I went ahead and scheduled to have Essure placed.

During the procedure I declined all pain medication; I have a med sensitivity so I didn’t want to run the risk of getting sick afterwards. The procedure was relatively quick and not too painful. It felt like a lot of pressure and bad cramps. I slept most of the afternoon and noticed light bleeding and cramping for a few days after that.

A few months later at my follow up HSG appointment I again asked the doctor if I should get some kind of nickel allergy testing as I was noticing redness around my abdomen and irritation at the opening of my vagina, he again stated the amount of nickel was so small my symptoms could not be related to Essure.

Throughout the next few years I felt and watched myself become someone else! I gained 20 lbs in a year. I became miserable; the smallest things would irritate me.  I had bad shortness of breath and heart palpitations.  I had anxiety up the roof and at one point I thought I wouldn’t be able to function a normal life. I had swelling in my legs and restless leg syndrome. There were days where I could barely move my lower back hurt so bad! I had this almost Alzheimer’s like symptom going on where I could barely remember things that happened yesterday.. It was like my brain was in a fog! I was getting frequent UTI’s (even though I shower twice sometimes 3 times a day!). I would get these insane headaches with these “zap” feelings! Sometimes the headaches would get so bad I would vomit. Every month during PMS my breasts would become so tender that I would cry if anything touched them. I would get really bad cramping in my stomach, back and legs that was never there before. The pain in my left leg would hurt so bad that at times I could barely stand on it.  Not to mention I was getting hot flashes! I could taste metal at random times of the day and was noticing weird gray spots on my teeth that would go away when I brushed (I brush my teeth sometimes 4 times a day so I know it wasn’t food or residue). I would have nausea every day. There were nights I could barely sleep. Honestly, the list could go on and on! I was once a girl who played many sports, extremely active and fun! I was now a mean, overweight, inactive person! Everyone around me noticed a change. I met with my PCP, Cardiologist, Pulmonary, and Ob/Gyn and my Ob/Gyn went as far as to tell me “You’re just getting older”!!! I remember my sister telling me “You know, I feel like since you had those things put in your tubes you’re just so different”.  During these times I had many different tests done EKG’s, Stress test, halter monitor, MRI’s, Ultrasounds, X-rays, and labwork … NO ONE could explain anything going on with me.  After getting a copy of an MRI I had gotten I noticed one of the coils was going up and down instead of side to side. I would later bring this up multiple times to my Ob/Gyn who assured me that a woman’s tubes are very flexible and the coil was fine.

I finally got so sick and tired of being sick and tired that I went online and punched in a bunch of symptoms I was having and put “ESSURE” and an entire slew of articles popped up! I found the Essure Problems Facebook page and started reading. I was AMAZED at how many women there were experiencing the same things as me!!! I couldn’t wait to get to my Ob/Gyn and show him the research I had found. That appointment would change the way I felt about him for the rest of my life. He made me feel so little when I presented him with the found information. He said “I know you would like to have something to blame for being sick but there is nothing. I have run tests on you and there is just nothing there. Anyone can have similar symptoms but I am telling you it is NOT Essure.” He opened up Google search engine and punched in Essure problems and when all these stories came up he said “Nicole’s story, Erin’s story …” and just laughed. He told me he would order one more ultrasound to see if it was ANOTHER ovarian cyst causing my extreme abdominal / leg pain every month and would call with the results.

During the visit to get the ultrasound done the radiologist had asked if I had prior imaging done as he could not find one of the coils. I told him I did and that I even had photos on my phone of the imaging. He took one look at the images and asked if he could bring a fellow radiologist into the exam room. I stated yes and she came in. She also looked around with the ultrasound machine and could not find the coil. The Dr then stated since looking at the previous imaging I should have had surgery to remove them a long time ago.

After my Ob/Gyn received a copy of the radiologists findings he told me he would need to contact the makers of Essure because he wanted to see if it was ok that I had MRI imaging done and would call me back. A few days later I got a call that said he would like to go ahead and schedule the process to remove the Essure coils. I spoke to a few women on the Essure Problems page and was directed to meet with a doctor from Boston Brigham and Women’s hospital who had previously preformed the Essure removals. I met with him and had surgery to remove coils, partial tubes, and part of cervix. My L coil was perforating my cervix which would explain the pain I was having.

I am so hurt and saddened by the past few years. I have missed out on so much of my children’s lives, my husbands, and my own! In the end I had to have surgery when the whole reason I had Essure placed to begin with was to avoid surgery! I BEG women to decide against Essure and I will never trust a doctor again. I am SO extremely grateful for the women in the Essure Problems page for being here for me throughout this ordeal and giving us strength and the ability to try and stop other women from making the same mistake! I can not wait to get better again and be able to enjoy life!!!!

Thank you for taking the time to read my story J 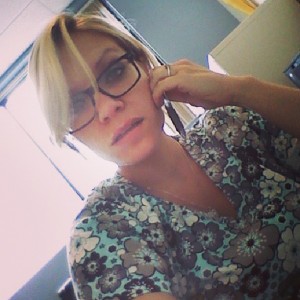