I had the Essure and Novasure (ablation) done at the same time five years ago this fall. Originally I had gone to the doctor to seek out a hysterectomy due to some serious bleeding issues. I was on State aid at the time and I was told that they wouldn’t pay for it, I would have to try this route first and that I would be part of a study of women who had both procedures done at the same time. Feeling I had no other option and believing that it would solve my bleeding issues, I agreed, even being made to wait a month by law to make sure I was ok with being sterilized.

I was put under to do both procedures and when I came to, the pain was so intense that I threw up which has never happened to me as I am not prone to throwing up even when sick. They ended up giving me two shots of morphine before the pain became manageable though it didn’t go away completely. I bled non-stop for the first month with only a couple of days break before I bled for another two weeks. The bleeding issues have not gone away and have changed. I went from once a month to 2-3 times a month for anywhere from 7-10 days or more each time, often with only a few hours to two days in between. That has since slowed down to once every other month or so but other symptoms have continued since I had these procedures done which cause me much greater distress than not being able to leave my home due to bleeding problems.

My body doesn’t seem to know what it’s supposed to be doing! I go through PMS symptoms for three days every week to week and a half. This includes sore and swollen breasts, food cravings, extreme bloating to where I look 6-7 months pregnant, weight gain, mood swings (which have become unbelievable, possible menopause making it over the top horrible) and something I never had before even with all the bleeding, cramping. Unbelievable cramping! I swear I am being pulled apart in the middle by my pelvic bone and am about to give birth to something that is going to split me in half.

My weight yo yo’s constantly. I don’t diet at all, but will lose 10-15 lbs in a months time due to increased activity only to gain it all back within two days of actual menstruation.

I have also had immense pain in my left ovary with twinges on my right (which are increasing in frequency and in pain level) that has sent me to the ER on more than one occasion, the last time I was in such pain that I was shaking uncontrollably and couldn’t sign my name to the intake papers.

Just recently the bleeding has changed again and is again increasing in frequency and has now changed to thin and watery. I had yet another ultrasound which found something unusual on my Fallopian tube. The doctor thinks its a tubal pregnancy but there’s no way it could be, I haven’t been sexually active for the past 8 months at least! The doctor didn’t believe me and sent me to have blood work done to determine how far along I am. Thankfully the lady who was to take the blood said no to doing it as I am not insured and haven’t been since just a few months after I had these procedures done and it seemed unnecessary to her (she beat me to the no once I found out what the blood work was for).

I am not one to sit back and accept just any old answer and have been to numerous doctors as time and money allows and have been ignored, brushed off, told that I am making things up, that I’m a hypochondriac, that I’ve got irritable bowel syndrome, and so on. The last came after an ultrasound revealed yet more cysts in my ovaries, which they thought were compound at the time but further testing showed they were not and that’s when the irritable bowel syndrome was given, this despite the fact that my left ovary is tucked behind my bowel and was full of cysts and the pain only occurs a couple of days before menstruation actual begins. In between times, I have serious twinges of pain in both ovaries though more so in the left one than the right, the frequency of bleeding is again increasing (I was told that by having both procedures at the same would put an end to all bleeding) with only 24 hrs between stopping and starting. Sex is painful so I’ve stopped having it all together yet again (I stopped for two yrs then decided to try again last year only to stop again because it’s no fun when it hurts and you bleed and cramp afterwards).

Just recently I have begun having cramps in my hips and upper legs as well as reduced strength in my hands to the point where most days I can’t twist the ice tray at home or hold a pencil at work without extreme and painful effort. Also, I found out this week that my gallbladder is bad and needs to come out ASAP though I don’t know if this is a result of the procedures or not.

The oddest thing is, for having supposedly been a part of a study, absolutely NO follow up has been done in all this time and five years is a long time for no follow up to a medical study, which makes me wonder if they told me that just to get me to go along with what they wanted to do rather than doing what I wanted in the first place, which was a full hysterectomy. I’m not using it, I’m not going to use it, it’s causing me problems, I want rid of it. Instead, I’ve been stuck with five years of hell, pure and simple with no end in sight as I do not have insurance nor can I afford it. 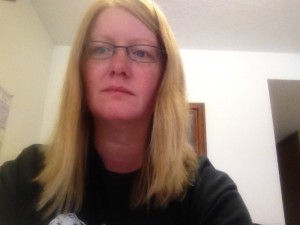