I received the Essure procedure in 2010.  Since then I have gained weight and am unable to lose it. No matter what I eat or how long and hard I excercise it wont come off.  I  even went to a weight doctor and received the Lypotropic and B-12 shot  Nothing came off.  The doctor also tried me on diet pills.  Not a single pound!  My heart pounds and feels like it is going to beat right of my chest at times.  I now have to take Metaprolol to have it beat somwhat regular.  It has extra beats several times a day.  I now have to see a cardiologist.  I am always extreamly tired.  It is like I have no enegy to do anything.  I have to make myself do things. I have never been a lazy person!! I always feel so tired.  My joints hurt at times.  As if I am coming down with the flu.  My lower back and upper shoulders ache.  I have been to several doctors thinking that it is my thyoid.  All test come back normal.  I even went to an endroconologist. I cant think at times.  It is like I have a fuzz in my brain. Even when I go to say something.  I know what I want to say, but the words wont connect from my brain to my mouth.  I get dizzy.  Remembering things is harder now since the procedure.  Forgefull and cant concntrat.  I get these tiny bumbs all over my body.  Mainly on my legs where I shave.  Bumps like tiny ant bites.  Sometimes they get really red and swell up to about an inch or two in diamater and run fever.   I shave my bikini line duing swim suit season ad 4 times I got a bump that had to lanced open and packed.  Nothing ever came to a head.  It would just feel like a bb under my skin and run fever.   I continuously keep fever blisters either on my lip or inside my nose.   I take the herble suppliment L-lysen to keep them from coming back.  My periods are heavy.  I have never had heavy periods or cramping.  Now I have to buy super tampons and change them every few hours.  Now I cramp.  All of this started right after Essure. 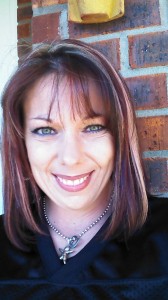