I am a 32 year old mother of 2. I had Essure implanted July 2008, shortly after my 2nd child was born, at a state University hospital, a teaching hospital.

I was assured it was 99.74% effective over TEN years. I originally asked for a tubal ligation, but I was told I was too young at the time for such a procedure. Even after insisting, Essure was decided. (My insistence was based upon complications during the previous pregnancy, an unresolved military related injury to my hips and legs, a genetic thyroid issue possibility, as well as societal factors with my relationship, being unmarried and having more children out of wedlock with deadbeat fathers because a condom broke or the pill just didn’t seem to be hormonally compatible with keeping me from becoming pregnant.)

I really just did not want to have anymore children, and I believe still to this day, that anymore children would not be a burden to me, but I be a burden to them, and I wanted to avoid that, not just for me, but the 2 living children whom I already have. No doctor I’ve seen since 2008 has listened to me tell them these things. I’m juggled around, avoided, and simply put, I’m too poor to even get to doctor regularly, and the state of this fact weighs heavily on the social services system and the doctors who are charged with my care through state funded insurance programs.

I’m sick daily, have so many issues that to me are shameful, even despairingly disgusting, that I won’t share details written. I’m being made to feel less than human, and they shove me off as crazy, when really, I’m TOO informed and it’s my body, why the hell shouldn’t I know what FEELS wrong to me? But then I’m shunned by loved ones because of what recent complications have caused for me having to deal with an abortion, I cannot work, cannot get a doctor sign off on a medical disability form to assist me financially through social services, I vehemently deny pain medication when that’s all they try to give me, doctors forget referrals, go on vacation the day of a procedure and after I travel an hour to the University hospital, because they seem to be the only ones who will even consider LOOKING at the implant issue (most hospitals around my area are religious affiliated) they cannot do the procedure because there is no referral and the ENTIRE doctor’s office is out?

That’s the most unfair part. I just want these things out of me, and something of myself back from before I had them implanted. 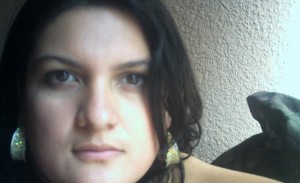