After the birth of my 3rd child, and my husband’s 5th (6 children between us), I knew that we were finished having children, as we felt our family was complete. I gave birth to my son Sept 2013, and at that time I told my physician of my wishes to have a tubal ligation. She told me about this new procedure that she and her colleagues had been doing, called Essure, where I would not have to be cut, and there would be little to no down time, and I could go back to work within a day or two since I just returned from maternity leave. Wonderful idea, I thought! I had the procedure in the surgery center under anesthesia, but I felt great after! She told me I would have to come back in 3 months for an HSG to check placement… Due to her schedule and mine, we waited until May 2014 to do my first HSG, which showed that my left tube was not occluded. Hmmm?? She had never experienced this. Well, I continued to get the depot provera every 3 months, and never had a period, but bad a lot of weight gain and looked pregnant…I just thought it was the depo shot. August 2014, I had another HSG, which revealed the same thing. It was not occluded, but she assured me it was properly places. She told me that she could remove the tube, but it was no rush, it was doing me no harm, as long as I was using another form of birth control… November 2013, I was seen by her NP and I told her about my fatigue, weight gain, pain, so she took me off the depo and put me on the pill, after taking a negative pregnancy test…of course, I still never once had a period…so I went on the pill and took it religiously.

Fast Forward to June 2015… I still had not had a period, and was about the same size as I was the year prior, but I started to feel a baby kick! What in the world?? I am not supposed to get pregnant! I was out of town at a conference, so I rushed to the local Walgreens and got a pregnancy test. I hadn’t even pulled it out of my urine, and it was positive. Ok. Well this is obviously Gods plan. This was a Thursday, and I was going to be back in town on Sunday, I would call my doctor on Monday. Well Sunday night, I started having cramps and started bleeding. I thought I was having a miscarriage, because surely I couldn’t be that far along. The cramps intensified. I got up and went the the toilet and a balloon like ball of water popped out of my vagina! Umm…how could my water have broke with an early miscarriage? Something is not right! Immediately after I started hemorrhaging blood. The amount of blood you would see in a horror movie. I woke my husband but we have 2 small babies at home. Next thing I know, there is a leg coming out of me! A leg! I feel toes! I panicked! I told him I couldn’t wait on 911, that I was driving to the hospital, which I did. I walked into The ER with blood everywhere and this leg hanging out of me. I tell them at the triage desk that I know it sounded crazy, but I had just only days before found out I was pregnant and now I was in labor and there was a leg! The nurse rushed me to a room and called a code APGAR. I don’t even remember telling her my name. I just remember about 25 people around me, and they grabbed the first OB Doctor they could find. She tells me that my baby is breech and it’s too late for a c-section, and that I have to push to get her out immediately. I just remember a male doctor saying he couldn’t feel a pulse. Scared & alone, I pushed a couple times, and I didn’t hear a cry! Is my baby alive? Someone tell me something! Everyone in the room was silent… The neonatologist was working with my baby, but the OB came over and tells me that ‘she’ didn’t make it. So I had a little girl? Yes, but she never took a breath. They gave me my baby, who I held her beautiful body. The chaplain called my husband to tell him. He arrived what seemed like an eternity later. June 8, 2015, 1 lb 5 oz 13 in long…we named her Ariel Grace. They told me that I was about 27 weeks. How did this happen? They paged my usual OB, and she came in a couple hours later. I will never forget blaming myself, and her exact words to me were ‘this is not your fault. Enough of the coil was exposed and caused it to rupture your amniotic sac (the balloon that came out), and the blood likely was from placental abruption.’ 10 hours later after speaking with the chaplain and holding my lifeless baby until the morgue came to get her. We laid her to rest on June 13, 2015. I will never forget the day we put my baby in the ground in the little casket. I have PTSD and had post partum depression, which I had to go on medication for, and have a lot of counseling for. November 2, 2015, I had a hysterectomy done by another physician. The coil had perforated my Fallopian tube. He told my husband I was lucky to be alive, as my bowel was sitting right on the tube, and could have at any point perforated my bowel! Four months after removal I find out that I have a multinodular goiter (thyroid), that has gotten so big that it is affecting my swallowing. I was originally diagnosed with a small goiter soon after Essure was placed, but I never put 2 and 2 together. The endocrinologist now tells me that I have to have my thyroid removed ASAP, and it quite possibly could be thyroid cancer, but we won’t know that until surgery. She says there is no point in doing a biopsy because it has to come out either way, And she doesnt want me to have another bill! So, losing a baby, having a funeral, and having 2 surgeries all in a years time, I musf ask this, When will this end Bayer? How many women will have to suffer and bury their babies before you realize how unsafe Essure is? 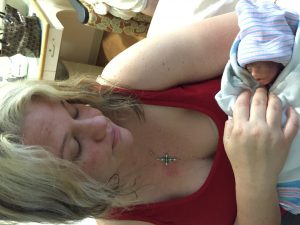