I’m a single mother of three. When I was pregnant with my third I told my Doctor that I wanted to be fixed. I can’t have anymore babies, my body can’t handle anymore. My second and third pregnancies, I was on bed rest for most of them.

I had my second child at 33 weeks and she was born blue and then I almost lost my own life. They would not fix me after that birth because they told me I was too young. What a crock!

So then I had my son and I told my Doctor yet again That I wanted to be fixed and she was still telling me that I should wait another 10 years or have another baby and then she would fix me. I said no, I am 25 and have three children, fix me now. She was telling me about Essure and it sounded great as long as I knew that I couldn’t have anymore babies and she made it seem like it was 100%.

So I got it done. Well now that my son is almost 14 months old, I find out that I am 6 weeks pregnant and am not sure that I am going to be able to carry another baby and keep my own life safe and healthy.

I really wish that doc would have just done what I asked her to do in the first place. Please take this essure off the market I am hearing of way too many unwanted pregnancies due to this.

As women, we want to be safe and not have to worry about forgetting to take the pill or get a shot that makes us again weight and now we still have to worry because this essure does not work. It makes way more problems then we had asked for in the first place.

Please help us women who have been hurt by this essure. 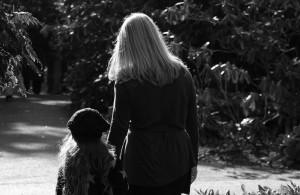