My first essure placement was done on 8/11/09, which was unilateral due to fluffy uterus as my OBGYN explained. I was supposed to come back in a month for the second placement, but I was in my OBGYN’s office few days after the procedure. I started experiencing abdominal pain, frequency and urgency to urinate, lower back pain, body itching and rashes and bloating. I reported all these symptoms to my OBGYN, he told me that it’s not related and everything seems fine from the examination and sonograms. He asked me to be patient and the second placement of the coil will be scheduled shortly. I trusted my OBGYN, I was his patient for about 10 years. I thought to myself perhaps that was a reaction to Deprorevera shots (once a month injections that I would get to prevent pregnancy). I continued to suffer with same symptoms and take over counter medication that would help me manage the pain. I waited nearly seven months for the placement of second coil, which finally took place on February 20, 2010. Following the second placement I developed hives and rashes all over my body, headaches, nausea, brain fog, metal taste in my mouth, body ache, lower back pain, abdominal pain, joint and muscle pain, frequency to urinate, inflammation of joints and private parts, irritable bowel syndrome.  As the days went by all these symptoms progressed and got worse, my OBGYN was kept on telling me its not related to Essure. I was a frequent visitor at LIJ emergency room and even hospitalized twice with suspicion of stroke, hart attack, MS, but when tests were done it was quickly ruled out. I was seen by different specialists who diagnosed me with clinical rheumatoid arthritis due to inflammation and was prescribed heavy medications for pain. I thought I was dying and no one knew what was going on with me. It came to the point that I could not get out of bed or get dressed without my husbands assistants, my left side of my body was giving up on me where I could not hold my purse or cup of water or coffee. My OBGYN continued to tell me that it’s not related to Essure and he spoke with his rep who told him that it’s not related.

When I found out that Essure contains nickel, I asked my dermatologist to test me for nickel allergy, which was rendered via patch test and confirmed that I was positive to nickel allergy. I was upset at my OBGYN because I reported a reaction to non gold earrings and belt buckles. After relating about my positive nickel allergy test, my OBGYN continued to deny that symptoms are related to Essure. I changed my OBGYN and was operated on December 20, 2010 where both of my tubes were removed. Following the removal of Essure vast majority if symptoms disappeared but inflammation of joints with pain, occasional bloating and abdominal pain came back, but was manageable with medication. I ended up in hospital again in December of 2012 for abdominal pain and bloating, CT scan revealed a metal density on the left side of my uterus, which was part of Essure, where as result I had a hysterectomy in January of 2013. I am still under the medical care for unresolved bladder issues and inflammation; it’s been 4 years now and I am yet to fully recover form this endless pain and suffering.

I found out that a sales representative from Essure was present during my first procedure, observing my OBGYN and signed him off, so his name is added as certified doctor to perform Essure. She never obtained my consent to be present in Operating Room, she carried herself as a preceptor who is not even a licensed physician. I would love to talk to Erin and disclose other relevant and triggering information about Essure and its maker, perhaps it would help to get this deadly product off the market and spare the lives of all other woman. I live today only because my prayers have been heard by God and my life was spared out of mercy to my children. 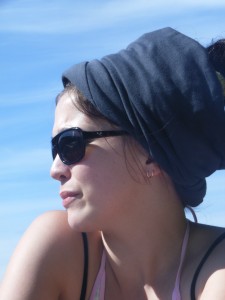