After having my third child in 2010 I knew I was done having children. I was scheduled to have a tubal ligation done in May of 2011 but was dropped from insurance April 2011. We then moved out of state and I qualified for family planning medicaid (which only covers birth control only but also covered a tubal ligation). I got signed up, went to the Doctor in December of 2011. He told me he no longer does ‘normal’ tubal ligations, that he does Essure. It sounded great. Not having to be put to sleep or any incisions. The only thing I was informed of was feeling cramps for the first couple of days.

I got the Essure in February 2012 and exactly a week later I started feeling miserable. I got a migraine (which i still have) and it never goes away, I get dizzy, light headed, blurred vision, confusion, sharp pains in my tubes that will bring me to my knees, constantly bloated, worst periods of my life, and I am weak and nauseous. I went to my regular family practice doctor on May 5th 2012 and told her everything that was going on. She did over $500 worth of blood work that came back normal and told me I should see my Gyno.

I went to my Gyno on May 15th 2012 (my birthday), and told him everything that was going on. I said that I just had all this blood work done and that it is normal. He then looked at me and handed me a prescription for birth control to help with my period and said ‘ Essure wouldn’t cause your problems’ and walked out. I started crying in the Doctors office because I knew I was going to be stuck like this.

Here it is almost a year later and I still feel the exact same. I still have the migraine I’ve had since a week after the Essure was put in. I’m still dizzy, light headed, confused. I still have blurred vision, I still get the sharp pains in my tubes that is so strong if I’m not holding on to something I will fall. My periods are so bad I will go through a pack of pads in 2 days. I need help, I need these things out of me. I was told insurance wouldn’t pay to have these taken out of me, so Conceptus needs to pay to have these things removed from me. There is no information anywhere saying any kind of side effects other than cramping and mild bleeding for a few days after the procedure. I am miserable. I can’t even play with my kids like I used to because I’m either feeling like I’m about to pass out or I’m too weak to move. I want my life back. This procedure has ruined me. I would not recommend this procedure to my worst enemy. 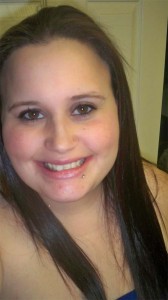