I have 6 children , and decided I wanted a form of birth control. I’ve been on the pill and depo before,but wanted something more permanent. Talk with my doctors about getting my tubs tide, and was told it would take up to 6months for approval from my insurance company and that there was another permanent option, I was told about essure and that tgis procedure took place inside the doctor office and as long as I wasn’t allergic to nickel there would be no issues.  I was also told they never had any problems with the procedure,  no complaints from other women. I knew I couldn’t wait 6 months for my insurance company,  because I didn’t want to become pregnant again so I sign off to essure, because my doctor made me feel comfortable about doing this. The day I had the procedure done, I just had pain in my right side ,cramps ,and bloating. The next few months my life completely changed in all areas for me. I became ill and broke out in hives , I kept swelling up eeverywhere ‘ my lips, my feet, my throat, my hands. I couldn’t take care of my children for at least two months. I was in pain , fear that I’ve made the worst decision by going along with essure. I was in and out of the emergency room because I couldn’t breathe, and because I was in pain. I went to my doctor office with my mouth being swollen ,my feet and my hands ‘ I literally screamed and cried ‘ telling them how inwanted this things out of me and that before I had this procedure done Ive always been healthy and it was these coils makng me ill. I got so upset I couldn’t breathe or swallow and was rushed down stairs to the E.R after they gave me oxygen and gave me medicine to control the hives and a epinephrine prescription they gave me a referral to see an allergy specialists ‘ who only let me breathe to check to see if I had asthma.  To today I still have to take allergy medicine, still break out in hives for time to time , feel sharp pains when walking or standing, my hearts beat double ,my feet swell up , it hurts when I have sex, headaches,  dizziness,  short ness of breathe, tingling feelings in my legs, flattering in my stomach, nausea, blurred vision, depression,  anxiety increased alot, cramps and bleeding on and off even when I’m not on my period.  With all this that is new to me after getting this procedure, I’m being told its not associated with the essure and they’ve never had any women with these symptoms complain. I truly wish I would’ve thought this through and been a lot more patient and gotten my tubes tide. Anyone that’s looking for permanent birth control should really look up essure before believing the doctors word. I wish I had. 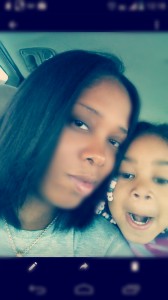