After the birth of my son I was looking for a form of permanent birth control. I found a brochure for Essure. No invasive surgery needed, so not really any down time, plus it was cheaper, and just as effective as having my tubes tied.. I just had one reservation, and that was that my mother had a history of hardware migrating. I told the Dr. my concerns, and she told me that it wasn’t really possible. She was wrong.

Three months later I get my pelvic X-Ray test and Holycrap! Springs floating around in my pelvis. The Fallopian tubes looked wonderfully healthy & clear . It was so surreal. I spent a few extra minutes being radiated, because the technicians were trying to figure out where all the pieces were.

I am currently awaiting laproscopic surgery to remove the Essure pieces, and  perform tubal litigation. I’m angry and scared.  The Dr. Is saying he can’t guarantee he will get all the pieces out.  But most of all I’m scared for other women. I am a lucky/ prosperous person. I have means to pay for child care,  and extra  medical care, a loving supportive husband and family. This is a nightmare now, but for a single mother, or someone without extra means… Well quite honestly it would  be devastating, and some other words that I don’t normally use!  I didn’t sleep much last night, my brain won’t turn off. Maybe this will help someone. God I hope so. 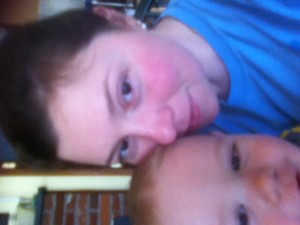