My name is Lethia. I’m a single mother of 6 girls. I had the same Ob/ Gyn doctor for the past 8 years, so I asked her to tie my tubes after my last baby. I was surprised when she said she put the Essure inside me because she said I was fertile but I feel like I was not the one to try something new on my body because I’m overweight and, at the time I  had problems with my blood pressure.

I had my last daughter April 26, 2010. She finally did the surgery for my tubes to be tied and the Essure in September. She added the Essure at the last minute because she brought the paper work in room the day of the surgery at the hospital. So I did not have time to ask about side effects, she did not tell me side effects about having my tubes tied.

I started having problems within 3 months of the surgery.  I told her that I started bleeding two days then I would stop then within that same week I would come on my period. While on my period, I started bleeding out of my rectum first then my vagina. Also, I was having sharp pelvic pain, pain using the bathroom,  hard to pickup my youngest daughter, hurt to lay on my side to long I was tossing and turning all night and pain during intercourse.

My doctor had give me different prescriptions for pain for a hold year. She would tell me that she could take the thing out because I was going back and forth to emergency room because I could not move but the doctors at the hospital did different test to see if it was caused by a STD or anything else. The doctors said that the tests came negative, so they would tell me to go back to my Ob/Gyn doctor but she said could not take it out.

So after going through some personal problems and still severe pain, I got a primary care doctor and the new doctor help me find another ob/gyn doctor. So I started going to the new doctor in April, I told her about my problems. So she reviewed my files and she said she could help me but she wanted ruled out anything else. First, I had to go and get to make sure that my tubes were still tied because she said in my file it showed that she did not schedule me for a HSG to show if they were tied. She then referred me to gastrology doctor, to see why I’m bleeding out of my rectum. I went to see that doctor I had to get my colon clean to see if the bleeding was coming because I had cancer. I had the colon cleaning yesterday, but the good news is that I do not have cancer. But they still do not know why I’m bleeding, so it still maybe related to the essure.

I would like to see a recall for the Essure and also a law for doctors to always talk to their patients about any side effects about anything they perform on their patients. My old doctor did not give me any information about either of the procedures. I’m still in pain everyday, so please if you can please help me and others on that have told their stories about the Essure. 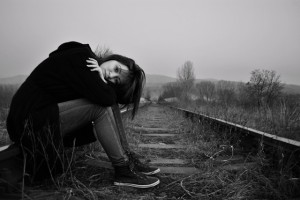