I had the procedure done in October 2011. My doctor was unable to place the device in my right tube because it was already blocked ‘for some reason’. The procedure went smooth other that and afterwards I did have cramping and pain but was expecting it. He suggested goung back in to have my tubes cut and burned, just to make sure there would be no further pregnancies.

That procedure also went well, although while at home recovering I had a real scare with my whole body getting hot flashes, I could barely get to the bathroom where I thought I was going to be sick and my 10 year old son had to assist me into the shower where I had him turn the cold water on because I felt as if I was going to black out. Mortifing does not begin to describe the experience. My doctors could not determine what the issue had been.

I did not have to go back in for the dye test.

While I have always had heavy flows and cycles that would sometimes end up lasting 2 weeks, I have never had major cramps or back pain.

The past two years I have had normal cycles timewise, however my flow is even heavier with huge clots and the part that disturbs me the most is the cramping on the left side only. Remember that is where the device was placed.

This cramping is so bad that I cannot move. Naproxen helps allievate the pain only so much as I can walk but it is better if I don’t. There has been times where I have woke up and had to crawl-bawling to get to my medicine and heatpad. Now I leave them within reach. This isn’t normal, especially since I never really cramped before.

Unfortunately I do not have health insurance and can not afford to go to the doctors to see what is going on, so I cope with it even though once a month the pain on my left side makes me understand people when they say ‘the pain is so bad I would rather be dead’. I know it will only last a few days but it is excruciating! 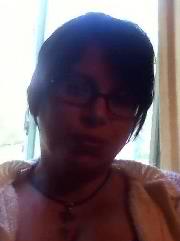