Im 2009 After trying to fight pre cancer cells other ways I was told the next solution was to have a permanent birth control procedure done to stop my periods & hopefully kill the cells. I had just started a new job, was a single mother & was scared.

My OBGYN told me about this new thing called Essure where the recovery time would only be days instead of weeks & could be done in offfice. It seemed too good to be true….. and it was.

Since then I still had to end up getting a hysterectomy to kill the pre cancer cells but have lived in constant pain, had multiple laproscopic surgeries done to remove excessive scar tissue, have a compromised immune system so can’t fight off common germs & so many other side effects there are too many to list! My Drs not associating it with Essure habe sent me over the years multiple times to Gastrologists, Cardiologist, Urologists, Pain Management Specialists etc…. and I have gone through the many exploratory tests.

Its now 8 years later of health hell, lost relationships & questionable financial future. After my fiancé of 2 years broke up with me saying I’m just too sick all the time & he couldn’t deal with it….. I printed out a book of research on Essure, marched (more like crying with my head down) into my OBGYNs office & told him I want the Essure coils removed & if you can’t do it I will find a Dr who will.  He didn’t even look at my papers & agreed immediately. He had already stopped implanting Essure in patients & supporting this modern day torture device!

In conclusion, on Feb 2, 2017 he removed my fellopian tubes & ovaries. Both coils had migrated up into my ovaries & the left one was protruding out damaging my colon. I cried in relief when I saw the surgery images.

Im still recovering. But within days after the Essure removal the brain fog was gone, my left back pain that I was told was sciatic nerve pinching or lower back disk issues was gone, the numbness in my left leg was gone. The rashes & constant itching that I would have to put ice packs on to fall asleep was gone….. I’m working on my energy level every day & hope I have a job to go back to after being out for 2 months.

Thank you Erin for speaking up for us. I will not stop voicing  concerns & fighting along with you until Essure is recalled & cant hurt any more women & their families! 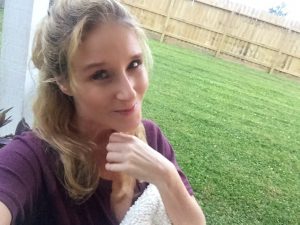