In 2010 I went to see my Doctor about having my tubes tied. While I was there he told me about the Essure procedure which at the time seemed like an amazing thing. Just the way the Doctor praised Essure it seemed so much better in so many ways to have this done instead of a tubal. So I decided to have this done!

About two weeks after my procedure I felt pressure as if someone were sitting on my right side, bleeding, and a dull stabbing pain and when I called my doctors office and spoke with a nurse she told me my body just has to get used to the Essure.

In the meantime the stabbing pains got worse along with severe fatigue, headaches, sharp pains down my right thigh along with the stabbing pains in my side, sick to my stomach, numbness in my legs and hands and nightsweats. I went to see two different family doctors and have been told I have gastritis and been prescribed pills to reduce acid, which of course did not work.

The pain has gotten so bad along with the other symptoms that I was missing alot of work and was seen at the ER and they found nothing with a CT scan.

I recently lost my job due to this and I am currently uninsured and a single mother. I am in constant pain and barely able to function.

This is one thing I wish I never did, and all I want is to have my life back and the suffering gone so I can enjoy things with my children again. This has taken so much away from myself and my family. 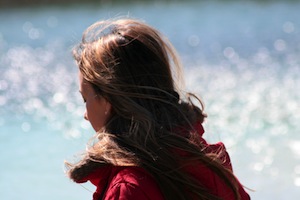