Hi, my name is Mary Sue and I am 44 years old. I have been married for 21 years to a wonderful man (in the US Marine Corps). We have 3 children, ages 17, 15 and 12. Oh, and 2 dogs. My family is huge into soccer, all 3 kids play, my husband coaches all of the select teams and I manage them. We are extremely active and always on the go.

In 2011, I started seeing a new gynecologist and she recommended I go off of the birth control pill. She told me about  a procedure that was ‘very easy to do’ and ‘had no side effects’. I read up on it a bit, and decided to take her advice and have the Essure procedure done. This was approximately November 2011. The procedure itself was pretty uneventful. We had anticipated that an ablation may need to be done after the Essure procedure because I had always had some heavy, erratic bleeding. About a month later, we had the ablation done. While we expected the ablation to reduce the amount of bleeding, it didn’t change it much at all and if anything, at times it had increased. After talking with my gynecologist again, she recommended that I have a partial hysterectomy.

In the spring of 2012 I had the hysterectomy. It was done by the Divinci Robot. I ended up staying in the hospital for 2 nights because I just didn’t ‘feel’ right. When I was sent home I bled longer than usual and cramped longer as well. I would go back to see my gynecologist regarding the cramping and she just kept saying it would get better. This went on for weeks. Finally I went to see my family practice doctor and he referred me to another gynecologist. After seeing her she was able to determine I had a small infection going on, put me on antibiotics and that pretty much fixed it.

For the rest of the spring, summer and fall of 2012, my husband swears I was not the same. Slept a lot, still cramped, headaches etc. Finally in October of 2012 the worst started. I was sitting on my sofa and felt a tingling and numbing in my left arm. After going back and forth for a bit with my husband, we went to the ER. They kept me for a couple hours and then sent me home. A few hours later, I was so dizzy, my head was spinning, I could barely walk. I called my Mom’s Cardiologist and she said to go back it. She wanted me admitted. I was in the hospital for 5 days. So dizzy, my head was in a fog – they had an alarm on my hosptial bed so I would get up. When I got out, my Cardiologist wanted me to see an Endocrinologist. 3 days later I saw her and passed out in her office. Back to the hospital and admitted for 3 more days. The Endocrinologist determined that my numbers were all whacked out and she put me on tons of medicine, including steroids.

Jump ahead about a month of me feeling miserable all the time. I end up driving and almost passing out so back to the hospital for 7 more days. Back on the bed alarm. At the end of the 7 days, the determine that I have POTS or Postural Orthostatic Tachycardia Syndrome. Essentially, my heart rate races when I stand up, the blood goes to my feet and I feel like I will pass out. They send me 4 hours away to the Cleveland Clinic.

Once at the Cleveland Clinic they determine that I have some sort of Adrenal Insufficiency, POTS and Dysautonomia or Autonomic Dysfunction  (Basically anything my body does automatically – it won’t do.), and Cardiomyopathy (my heart now functions at 40%).  I started seeing Cardiologists, Neurologists and Endocrinologists. The Cardiologist and Neurologist are two of the leaders of the POTS Clinic at Cleveland Clinic. The first thing they say is:

‘Have you had some sort of surgery or hormonal change or stressor like that?’

Apparently, that is what they believe to be the cause of POTS and Dysautonomia. I told them about the Essure, Ablation and Hysterectomy. Of course, none of us were aware of the controversy surrounding Essure.

So, jumping way ahead, I have had a few more hospital stays, go to the Cleveland Clinic almost bi-weekly, have gained 30+ lbs because of medicines and effects of the surgeries, sleep all the time and can no longer substitute teach as I feel so awful all the time. We have paid countless dollars in hospital bills, new clothes wheelchairs and walkers for when I am just too dizzy etc.

I now strongly feel that the Essure procedure is the stressor or hormonal change that triggered all of this. Of course there is so much more to tell, but that’s the start. I would do anything to fell better and if this is caused my Essure, I want it stopped.

Thank you for taking the time to read all of this. 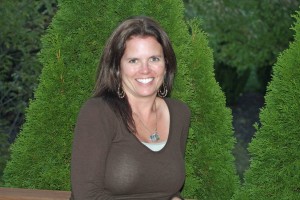