My story began in 2008. I had two school-age children, and I had just terminated a pregnancy due to complications.

At a follow-up appointment with my gynecologist, we quickly discussed three different types of birth control before talking about Essure. Based on the information I was given, it didn’t take long to convince me that that was my best option. When I think back, she seemed overly excited that I chose the Essure procedure. I was booked for surgery before I left the office.

Immediately after my procedure, I had severe cramping with heavy bleeding that lasted for days. My gynecologist checked in with me a couple of times and assured me I would soon return to normal.

For the next several months, I had very painful periods and such heavy bleeding that I couldn’t leave my house for the first couple days of each cycle.

Three months after my surgery, I had my follow-up HSG x-ray procedure and learned that my fallopian tubes were properly occluded.

Over the next two years, however, I began to suffer from several different medical issues, never connecting them to Essure. I saw my primary care physician several times and was referred three times to a general surgeon for the chronic pelvic pain I was experiencing.

The surgeon did not know what Essure was and told me that any additional procedures would cause me more pain than I was already having. He blamed the pain on scar tissue from the C-sections I had had years earlier. He also told me that I had “internet disease,” and that there was nothing wrong with me. He even said that I was just a girl who shouldn’t do sit-ups or exercise because that was what was causing my pain.

During this period my health deteriorated further, as I suffered from kidney stones, cysts, and repeated urinary tract infections. I was always nauseated and had a terrible taste in my mouth. I was unusually sick and was always on some type of medication to manage my allergies and infections. I still never connected the dots – nor did my doctors.

In 2011 my health worsened, as suddenly I began to suffer from my various issues all at once. At the same time, I experienced all but a few symptoms of metal poisoning. There are no words to explain how terrible I really felt. I cried a lot at night. I was very scared and confused. I was barely functioning, and I had two young children to raise. I became obsessed with exercise and yoga, eating organic food, seeing a nutritionist, and trying cleanses. You name it, I tried it. Nothing made me feel better.

Then in the summer of 2012, the outward physical symptoms began. First, it was one tiny dot the size of a pinhead on my right hip. Within days it spread to patches on my hip, my chest and the front of my legs. I went to the dermatologist and was diagnosed with eczema and folliculitis. I suffered severe allergic reactions with every new prescription, getting worse each time. Finally, they called me in to do a three-day skin test.

I tested positive for allergies to nickel, propylene glycol, and four other preservatives. At this point I was put on prednisone to control the pain and itching. I was watching my body being destroyed right before my eyes. My primary care physician also became aware of the problem. I made another appointment with my gynecologist at this time. Meanwhile, I started to do more research and found the Facebook page detailing Essure problems. I knew right away that my illness was due to the coils. At my appointment with my gynecologist, though, she dismissed my symptoms and printed out an information sheet from Conceptus Inc. (the maker of Essure) that said there is nothing wrong with Essure. She said my skin problems were just a rash probably caused by my yoga.

My gynecologist did, however, give me the name of a surgeon and told me that I could call him if I needed peace of mind. She said she would also consult with him and call Conceptus. After I ran out of treatment options with the dermatologist, I contacted the surgeon. He saw me the next morning and booked me for surgery. I had a salpingectomy (removal of Essure and the fallopian tubes), and the procedure went well. I thought I had researched everything thoroughly, but I had no idea what I was in for after the surgery.

Within a couple of days my rash started to heal, but one night I woke up with tremendous abdominal pain and vaginal bleeding. I could feel my uterus shaking and I had new rashes all over my back. I started sweating so profusely that my skin was burning. It took a few days, a couple of trips to the emergency room, and a visit with a surgeon to figure out why.

Prior to my surgery I had discussed the procedure and my allergies with my primary care physician. She agreed that the removal of the Essure coils was the best option, and she scanned my allergies into the computer. The scanner, however, didn’t pick up the blue ink indicating that I was allergic to propylene glycol. All the medication I was taking pre and post surgery contained that ingredient, causing all my new symptoms. I discovered this by accident at another hospital. I called my surgeon right away, and he ordered a new prescription for me. That week I had nine appointments with different doctors.

This ordeal has caused me enormous stress and financial hardship. It took seven months to recover after my first surgery, when it typically takes four weeks. I am still suffering from pelvic pain, ovarian cysts, and allergic reactions whenever I come into contact with metal and chemicals, which are impossible to avoid. I have to be extremely careful and limit the amount of exposure to them. Right now, my story still has no light at the end of this very dark tunnel. I’m scheduled for a hysterectomy on October 31st, and I have an appointment booked in January with the only metal specialist in the United States. I hope that in time I can return to a semi-normal life, as the last five years have truly been a nightmare. 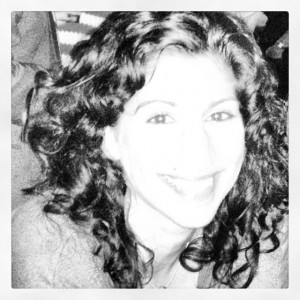 One thought on “Melanie’s Story”