I had Essure implanted after I had decided that I was done having children in June of 2006.  My doctor basically forced it on me since it was faster and easier for him to do rather than a traditional tubal, which is what I originally wanted.  Although I loved my doctor, I feel he had a bad choice in offering me the Essure and I think that he was not informed of the potential side effects or even the nickel content of the coils.  When I was implanted, my husband was not allowed in the room nor was I given anything for the pain other than a local anesthetic to numb things up, which did not even work.  I had my doctor, a couple of nurses, and a few drug reps standing in the room since I was the first in my doctor’s office to be implanted, and I felt like a guinea pig then and still do now!

I first noticed that my periods were MUCH heavier than they had ever been, to the point to where it was like post-birth blood, and I had large blood clots. I soak through super plus tampons in about 20 minutes and I don’t dare leave the house with fear of embarrasing myself should I not be able to get to a restroom in time!  I also have iron-deficient anemia now, which I’ve never had before.  The cramps that come with my periods are so bad that I can’t get out of bed or move until they go away, which feels like forever.  I’m often dizzy and I feel like I’m losing my mind because I can’t remember a damn thing most days, which is odd because I had a great memory 10 years ago, and I’m only 35 so it’s surely not old age.

Over the years, I’ve gained over 100 pounds.  I itch ALL the time and have these nasty little bumps all over my arms and little brown bumps over my stomach.  I have no energy most days and when I do, it hurts too bad to move. I have sharp pains in my hips and in my sides and stabbing pains in my abdomen.  I have horrible breast pain.  It actually hurts when people just touch me anywhere most days. My son can barely touch me with his finger and it feels as though someone is stabbing me with a hot poker.  My hormones have gone crazy and I feel like sometimes I’m perimenopasaul because I get really bad nightsweats and hot flashes, not to mention that I have absouletely no sex drive and when I give in, it hurts so bad that I want to cry and most of the time do! My lower back is constantly hurting and that radiates down into my upper thighs.  I’ve had to quit working outside of the home because it hurts to stand up too long and it hurts to sit for long periods. I have blurry vision and extremely dry eyes and I’ve been to the eye doctor and had to get glasses because of this. It has also caused a ton of dental problems, as well.

Had I known what I was getting into, and there was really nothing out there in 2006 about this procedure, I would never have had it done. I signed up for permanent birth control, not permanent pain.  I was never informed of the nickel in the coils nor was I ever tested for it even though I have an allergy. The doctor pushed me into this latest and greatest fad and I feel gipped!  I may not want anymore children, but I do want my life back, which I feel Essure has robbed me of! 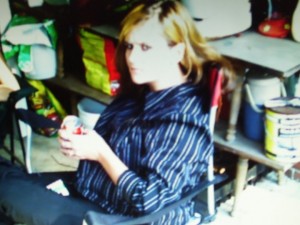