I am a recent patient who had the Essure implanted in my tubes on July 11, 2012 following the loss of a child on May 25, 2012. Even though I knew nothing about the procedure, I put my trust in the OBGYN that conducted the D&C back in May. A day after being implanted I was home laying in my bed, and began to experience sharp pains in both sides of my pelvic region where the coils were placed. I figured, in my mind, the pain was normal for being ‘early post-op’, and that over the next few days it would subside and I would get back into my life routine of work, running after kids and their activities, as well as being capable of just doing simple housework that needed to be done. Oh, how wrong I was, and my life in its entirety has been turned completely upside down.

As the days dragged on following the July 11, 2012 procedure, I began to exhibit signs of a ‘migraine from hell’ and believe me… the headache has NOT eased up one tiny bit. I put a call into my OBGYN approximately one week after the implants, after I laid in bed sick for a week, and began to ask him questions that were never discussed prior to the procedure. In the first conversation, he informed me that the coils ‘did not contain nickel’ and ‘they were distinctly made from titanium steel alloy’. After arguing with him about my ‘new’ illness, I forced him to see me before my 6 week post-op visit.

On July 16, 2012 I returned to work still in excruciating pain, feeling dizzy, weak, and severely fatigued from battling the pain in my pelvis and my head. I figured that since I had an upcoming appointment, that I would report to work regardless if I was ailing or not. On July 20, 2012 I went to my early scheduled 6 week follow-up, still unwell. The Doctor had completely changed his attitude, telling me that it wasn’t the coils making me sick, that I was just ‘depressed’ as well as “I probably had an infection’. The Doctor told me the pain was from ‘constipation’, and sent me home with an antibiotic as well as an anti-depressant, (which I was taking without knowledge that it was a twin sister medication to Lexapro, which in 2006 after a separation from my son’s father, I was prescribed it. I only consumed a 1/2 dose and had a severe reaction to it) both medications I am obviously not taking any longer.

The first week in August had to be discussed with me, weeks later, because I lost my memory for nearly two weeks, and since my hospitalization, I can’t remember any specific dates or activities anymore. On August 6, 2012 I went to the emergency room with the worst migraine I had ever had in my entire life. The emergency department doctor ran tests, treated me for the migraine, and sent me home (still with a pounding migraine).

On August 8, 2012 I attempted to return to work, but was taken to the emergency room shortly after I reported. I had lost most of my vision, including none in my peripheral; I had a stiff neck, dizziness, and the worst part was I was confused and disoriented. I was tested for and admitted due to Meningitis. After my discharge from the hospital, I was able to return to work for a short period of time.

As time continued over the next few weeks after my discharge from the hospital, I began to suffer from pins and needles sensations in my brain, a strong metallic taste in my mouth, and of course since the headache were still occurring, the neurologist I saw while I was in the hospital ordered an MRI as well as an EEG of my brain, and ruled out that the spinal blood patch that I needed during my hospital stay was the cause of the awful headache that just IS NOT going away. Both tests came back normal. After bouncing back and forth between my G.P, as well as the neurologist, I asked for a referral to a specialist in Ann Arbour, Michigan.

On October 8, 2012 I went and met with the specialist. I explained to her all the events and prolonged illnesses, as well as the constant bleeding that I had been enduring. We discussed the possibilities of removing the coils and I asked her if it was possible, that the sicknesses I was experiencing were being caused by an allergy to the nickel that’s contained in the coils. I informed her of what the OBGYN had told me (see above) and she said that was ‘incorrect’ and ‘yes they do’. I explained to her that my body’s capable of exposure to silver and gold, and how I can’t wear any type of jewelry other than those. She told me that I never should have been a candidate for the Essure and asked if an allergy patch test was completed. I told her that the OBGYN did not perform nor offer such a test, and blatantly lied about the make-up of the coils.

On October 16, 2012, I nearly lost my job. During all this sickness, I had used all my FMLA time. I had to supply many documents to my employer to fight for my employment to continue. October 12, 2012 was the last day that I was able to make it to work, and ended up asking to leave due to the pain I was in. It was all the energy I had left in me, to manage getting home and in my bed.

On October 28, 2012 I began having cramping, as well as a burning pain in my lower back. I knew in my mind that a hot bath would offer some sort of relief, but an hour after I got out of the bath, my blood flow was so constant it was as if someone had turned on a faucet. I was quite alarmed by the fact that it was bright red (meaning new blood) as well as blood clots the size of a half dollar.

On October 29, 2012 I called the specialist and spoke to their nurse in regards to the experience I had the night prior. She scheduled an appointment for the following Monday (November 5, 2012), where they conducted a regular ultrasound, a transvaginal ultrasound, and a pap-smear.

On November 12, 2012 I received a phone call from the specialist, stating that I needed to have a Colposcopy done because there were numerous lesions on my cervix and before any progression can be made in removing the coils at a later date. I’m on the fence now about how I feel. I spent months being angry because I have been sick. Angry about the drastic 30 lbs. weight gain I have had since July. Angry for being lied to, and now the Doctor’s I am working with have to ‘fix’ his ‘mistake”. However, if Essure never happened, perhaps I wouldn’t know about the lesions on my cervix until it was unable to be resolved. So, at the end of the day, in am thankful to a certain degree that I have had to live this nightmare. I will say one thing is for certain though… when my little girl grows up, has children, and decides that her family is complete, I can speak to her from an experienced mind and hope she takes the advice of not making a decision like her trusting mother did. The one and only reason I wanted this was to eliminate having to lose another child. A woman’s heart can only hold so much heartache before it destroys her soul.

Thank you for allowing me this opportunity to share my story. To all the ‘E-Mommies’, STAY STRONG!! 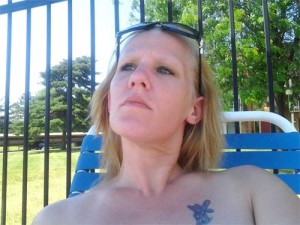 One thought on “Melissa’s Story”