My name is Michael Cooke. I am a 35 year old female who, on April 28th of this year, had the Essure device implanted. My doctor who is a wonderful gentlemen told me that it was safe and that there were no side effects as in no hormones to cuse weight gain and I wouldn’t have to worry about becoming pregnant again. I already have 4 children. Three boys and a girl. The night of the precedure I begane having severe pains in my lower abdoman. It was so bad I could barley walk to the truck for my boyfriend to take me to the emergancy room. When I got there he had to get a wheelchair for me to go inside because I couldn’t walk due to the pain I was having. They did an xray and even wanted to do pelvic exam which I declined because they wouldn’t call my OB/GYN. I was sent home with a days worth of Percacet. The following day I was still in severe pain and went to see my OB/GYN. He was baffled by what was going on and immedietly addmitted me to the hospital on the maternity ward for tests and observation. I was given I.V pain meds that were strong enough to knock me out. The tests never revealed anything wrong. This is now 7 months later and I have yet to have a period since the procedure. I deal with excutiating pain at leaast two weeks out of the month and the rest of the month is bareable. I feel flutters in my lower abdomen and the first time it happened I thought I was pregnant and didn’t know it. My migraines that I had under control are now flarring up at leaset twice a week now. I wish I would have known this would happen because I never would have had it done. I would have had a regular tubal ligation. My boyfriend is so tired of the situation that he just shrugs his shoulders now. As I type this to you I am sitting on my couch in the best comfortable position I can to tell you my story. I am once again in severe pain and have nothing to take for it and can’t get to the ER. I hate this. I hate that something I thought was safe and even my doctor said so, would make me this sick. I will not ever recommend the Essure implant to anyone at all. Unfortunatly, my insurance won’t cover having them removed so I have no choice but to live in pain for the rest of my life unless my doctor deems it necessary to do a hystorectomy. Thank you for your time and thank you for helping the woman who have had this done and need a voice to speak out on it. 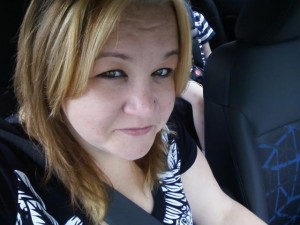 One thought on “Michael’s Story”