I had the Essure placed in 2010.  In 2013, I was told I had a thyroid condition and was placed on levothyroxine. I had severe reactions to it. I have seen several specialists including a cardiologist, rheumatologist, endocrinologist, neurologist, had physical therapy and occupational therapy. No one could figure out what was wrong with me. For the past 3 years on a daily basis I burn, from the inside out, like I am on fire. I was told by the neurologist that I didn’t have permanent nerve damage and the symptoms would eventually go away. They haven’t.  They are getting worse.  It’s a daily struggle. I have muscle weakness, muscle atrophy, my hands and legs are constantly on fire. It affects my daily life. I have a list of symptoms from edema, fatigue, hair loss, migrains, loss of memory, blood clots, heart palpitations, vertigo, occasional stuttering, extreme tenderness around my rib cage, memory fog, extended menses, vision disturbances, I could go on and on. Dr’s are not connecting the symptoms because no one saw the connection, until now.  We have all been silently suffering, we all have one thing in common…. Essure.  All’s I know was I was normal, and now I’m not. It’s frustrating trying to explain to the Dr’s that something is not right, yet receive no concrete answers, racking up medical bills, and giving up on ever feeling normal again. I stopped going to the specialists because no one could find anything wrong with me. Out of total desperation, because I was losing control of my legs and was afraid of ending up wheelchair bound,  I saw a kinesiologist, who was able to correctly diagnosed muscle atrophy and give me some of my life back, I am mobile. I have to heavily consider activities, as I no longer have the strength or energy for many things. I have not had the esure devices removed yet. I will need a hysterectomy, but there is a concern with my muscles being further damaged by the anesthesia. I will have the essure removed as soon as I can! Our voices need to be heard. This device needs to be banned. Not one more woman should have her quality of life taken. These are our lives. These are our testimonies. Not one more woman should suffer.  No not one. 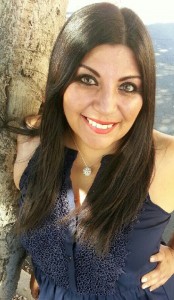