I have been seeing the same OBGYN for my whole adult life. In my early twenties, she told me I had a less than 1 percent chance of ever conceiving a child.

I have been overweight most of my life and have been sexually assaulted twice, once at the age of 5 and again at 17. These occurances caused complications monthly with excruciating pain as well as extremely heavy periods. I asked several times for a hysterectomy only to be told I was too young and finally in 2008 she agreed to an endometrial ablation, but only if I had the Essure procedure because if on the ‘outside’ chance that I did actually get pregnant, the baby would attach on the outside of my uterus.

Since then I have had constant lower back pain, in addition to severe pain in both my uteran and ovarian areas as well as what I can definitely say have been the most painful sexual relations of my life, which in turn have contributed to the breakdown of my marriage. My heart and prayers go out to all the others that have been unfortunate enough to be a part of this sisterhood. Stay strong ladies!!!! 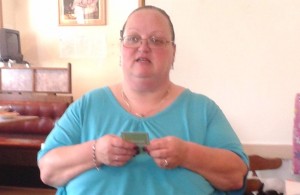