I’m a mother of 3, and after my last child my husband and I decided our family was complete. I went to my OB/GYN who suggested the Essure, I was skeptical because I knew nothing and had never heard of it before – this was in 2009, but my Doctor assured me it was safe and a quick turn around back to work.

I agreed and it has been a major change in my life since.. I’ve never been a heavy person but 4 + yrs I still have a bloated ‘belly’! I feel full constantly, I have gone as long as 4 months without having a period. I’ve had severe bleeding and have had to have a D&C performed on an emergency basis! My lower abdomen has shocking pinching pains, I have had frequent episodes of vertigo, and I sometimes feel like they’re going to rupture out. Sex is always uncomfortable painful. My Doctor says this has nothing to do with Essure!! Unbelievable! I have since been diagnosed with poly cystic ovarian syndrome. I hate my body inside and out! I also suffer anxiety and panic attack constantly. All again not related to Essure according to the Doctor. My coils when checked were both in place, except the Doctor said one was a little further then what they like but that it would be fine.

This year I had an X-ray and one of the coils was not ‘seen’, but I was told again that I would be fine! I also was never tested for a nickel allergy prior to the Doctor placing the coils, nor was I asked or told about a rep being in the room while I was a sleep during procedure ! Creepy… I’m glad to know that I’m not alone and would give almost anything to have my life and body back.. I mean it does belong to me right ? 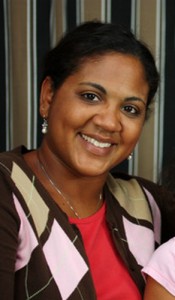