I am a mother of four. I been very active since high school. I used to workout six days a week and never had any type of medical problems. I also always did routine check ups with my primary doctor and also asked for blood work once a year to make sure I was on the right track.

In May 2008, four month after my fourth child I decided to have tuba ligation. I scheduled an appointment and went to talk to my OBG. As soon as he read my chart and asked if I was there to have permanent birth control, he suggested Essure right before I even answered.  The doctor said it was what was being used now in offices because it was: quicker, no down time, less complications, etc. He made it very attractive and mentioned that he had done so many of them in such little time and that all of his patients were very satisfied.

I set up an appointment and was in and out in about 45 min. I was very happy for the first week and soon went for the follow up x-ray, everything seem to be block and ok. It wasn’t until a few weeks that I started noticing changes in my health and soon my lifestyle because I had to make adjustments in my life. The first thing I notice was that my energy level had changed. Shortly after I started experiencing pain in my bones, muscles, and head ache. This was followed by dark spots on my inner things.

At this time I decided to visit my primary doctor. He just commented that ‘ it was probably stress and sweat related.’  One knows her body and my symptoms are only getting worst. Since then, I also been experiencing breaks in my menstrual period, cramps near my ovaries, sharp pains on my left side and at times on my right. I have also been feeling tired and overwhelmed with all the changes my body has been experiencing. And to top it off, I had to stop being intimate because the pain was unbearable. My Husband is now turning into a intolerant Grinch. And all of this, thanks to, ESSURE! I would just want to have the coils removed. 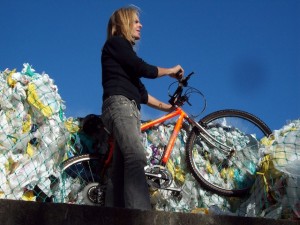