My story starts in 2010 after my third child was born.  I decided to get a Essure placement for birth control. My body immediately rejected the Essure coils. I have never had women issues like this until the Essure placement.  Before my pregnancy and placement of coils I was a healthy woman running 2 miles a day. About 3 weeks after placement I had to go to ER with massive cramping.  I was diagnosed with a PID infection from the implantation of coils.  I have not been out of pain since, especially the left side pain.  I started experiencing the following.

I went to my Neurologist and had tons of tests done.  My migraines increased in severity, duration, and numbers of headaches per month doubled.  I was fainting, blacking out, and had confusion with the headaches.  I had to close my day care down because it was unsafe for me to watch kids. The neurologist had no explanation other than “something “in my body had to change to increase my headaches and neurological issues so bad.  The only thing different was the placement of the Essure coils.   All of my medications increased because of the neurological difficulties increasing.  I had migraines before this from past head injuries but it was a HUGE change after I got the coils.  I was sent to a Gastroenterologist who also preformed a lot of tests to  try and explain the bloating, constipation, diarrhea, left side pain. They also had no answers other than a diet change which did not help pain in left side or any of it.  My regular doctor put me on preventative antibiotics to try and get the UTI infections under control. There was no explanation for the random rashes that started with the coil placement.  My OBGYN clinic in Maine sent me for tests for my periods so heavy that I would soak my pants. It would be very heavy and I was having them every two weeks.  They tired to say I was premenopausal which lab work showed I was not.  Again no one had any explanation.   I became so sick I finally filed for disability.  The neurological issues and pain issues from my internal female organs became too much for me to work.  I was approved.  The only thing different in my body was the coils.  I am allergic to Nickel and certain metals too.  I was told that the coils were not nickel and had NO Nickel in it by Maine Medical.  The FDA says the product still has a nickel warning even though they stopped testing for the Nickel allergy.

In 2012 I had finally had enough and demanded these coils be removed.  Maine Medical Center did a tubal to remove them and I was assured all parts of the coils were GONE! Some of my symptoms got better.  My headaches were a less and my period went back to being every 28 days.  My periods became pretty normal with an occasional heavy one.  I stopped fainting and having black out spells.   I still could not lose weight.  I still had bloating, hives/rashes and left side pain.  The back pain and left side pain are still intense.  I still have chronic UTI symptoms, fatigue, foggy brain, floaters dizzy spells, hives/rashes, nausea, constipation, diarrhea and pain in uterus and left side pain.  I have just struggled along.  In 2013 I kept getting treated for urinary symptoms, pressure, women infections, and left side pain with extreme back pain.  I got hives so bad I had to go to ER and get meds. I never had random hives so bad.  The only difference is the placement of these coils.  Doctor also said “something “auto immune is going on.  The hives cleared up and I am left with a random rash all over my back. It comes and goes.   On one ER visit in 2014 for the pain and all these symptoms they thought I was passing a kidney stone and did a cat scan.  They found that in my LEFT side of my womb that a piece of the coil has been left inside of me after the coils were supposed to be removed.  It is the exactly left side pain spot that I have been hurting from since the coil placement.

Now I am in Florida and I have to do more tests to figure out how to get this coil out of my left side.  These tests are so expensive and the pain and suffering for so long is just unbearable. I sit on the couch and my quality of life is just not there.  It feels like shrapnel stabbing me in my left side.  At this point I am not sure what needs to happen to get the Essure shrapnel out of me but it looks like a hysterectomy on top of it all.  I still have a long road ahead.  I need some help with all this. 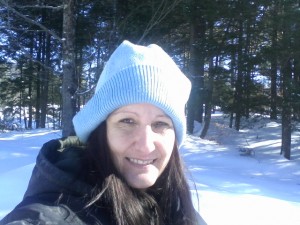