I was that girl that always knew she wasn’t cut out to be a mom. I’ve had the same doctor since I was a teenager and first went on birth control and we had talked repeatedly about different options. We decided on a new product called essure around 2010. Due to weirdness on my right side they were only able to put one essure device in on my left side. After a few months (I don’t remember now how long) I began having sharp pains in my left side, like I was being stabbed from the inside. I went back to my doctor and she ran all the tests and took all the ultrasounds finding that the essure was still where she had put it so we had to figure out all the things that weren’t causing the problem until my insurance would pay for her to go in and take the thing out.

After over a year of different doctors and tests I ended up having a hysterectomy in 2012. At the age of 32. My doctor supplied me with the pictues she took during the procedure that shows the essure device poking out of my fallopian tube. The entire time we both knew what was causing the problem but insurance would not pay for a hysterectomy for someone my age until it was ‘medically necessary’.

Once I had receoved from my surgery I began contacting attorney’s about a product defect suit against essure and was told by no less than 5 law firms in 3 different states that they couldn’t go after essure for one reason or another. Finally I was told that my statute of limitations had been passed due to the clock starting when the device was implanted, not when the complications were addressed.

If I never get any compensation for what I went through that’s fine, but if my story can help someone else not have to go through all of this then I am happy to join in the fight. 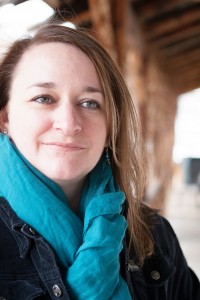