I only had the Essure inserted in March 2013. I have not had the same serious side effects as most but then I have read that they can start months after. I had the procedure done when my daughter turned 6 weeks so many of my problems have been explained as post baby issues. I received a depo shot at the hospital after my daughter was born then again after the procedure.

I had not had a normal period or heavy bleeding due I knew to the depo shot. Shortly after the procedure I would have a light period but it was more of a brown mucus looking color that looked like it had metal shavings in it and I had a weird smell. This was usually after intercourse which occasionally has been uncomfortable. My libido has become non-existent. I have always been thin and healthy and don’t over eat but I have not seem able to loose any of my post baby weight. I have been moody and cry easily.

I spoke with my doctor about all of this and was told the brown discharge was just old blood and that I was just adjusting to the new baby. But nearly 6 months later? I am not sure any of this ties in with the Essure or not but will be watching for any side effects later on. I found out about all this because I am scared that I have not had my period. That alone could cause issues later on it’s just not normal to not be on birth control have both your ovaries not be menopausal and not have your period. 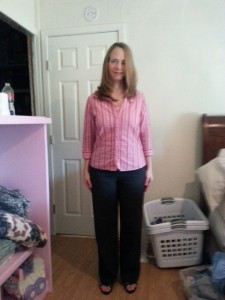