Hello Ladies… I had essure done approximately 6 months ago and according to my Dr it was better than sliced bread.. Well I have health issues already so this simple procedure, quick recovery sounded amazing!! Went in, had procedure under ‘twilight’ sedation and woke up in the recovery room in horrible pain lower right pelvic area. The nurse assumed it was just due to the surgery but my BP, Pulse and everything else went wild… She phoned a physician and he told her to stop the morphine and gave me another drug by iv. Which knocked me out… So the pain was gone; or I didn’t know it was there. I have had this pain ever since in the same area. I had gone to my primary care doctor and he ran numerous test, and a CT scan. Told me that everything was perfect the only thing it could be was the essure. so at that time I made an appointment with my gynecologist. I was having major lower right pelvic pain, swelling, body acne, weight gain, mood swings, severe lower back pain, uterine contractions like I was in labor, etc. He ordered an ultrasound and x-Ray told  me to come back the next day. I found out at my follow up appointment that I had a fibroid tumor in my uterus, several cyst on my ovaries, and the top of my uterus was beginning to curve. And the only option was a husterectomy. But he did admit that he had a few other women who he just had to do the same thing for due to pain and issues with the essure.

Now after doing research I also had therma choice uterine ablation done at the same time as essure… And only to find out these two should NOT be done together… So my problem can be from just the essure or a combination of essure and the ablation done together. I am just tired of the pain, tired of sleeping all the time, I am a military wife with 2 children. My husband is often gone and I am here with the little ones and feeling like a bomb ready to go off thats how bad I feel at times.  I go in Monday 11/24/14 for a Hysterectomy everything but my ovaries will be removed unless he sees something suspicious with them. I just pray this evil product be removed and never allowed back…. And pray for all the women who can’t find a dr to listen to them. This is real!!! And Thank you Erin for listening and standing behind us!!! 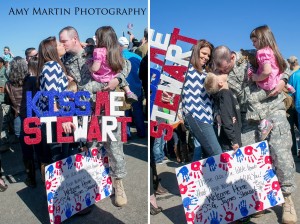