I had the Essure done in September of  2009, three months after my daughter was born. I had stabbing pains in my right side when I went to the doctor and told him about these pains. The doctor said it was nothing to worry about and could have just been a cyst that tends to develop around the time of ovulation and bursts right before or during your period.

When I had the x-ray done in December 2009, the coil placed inside my right tube looked like it migrated. While I was waiting for the results from the x-ray I had to call every week to get answers. When I finally got in touch with my doctor in March 2010, he said that he had been in contact with the manufacturer of the product to get information and that the insert in the right tube was out too far and wasn’t considered protective as a result.

Since having the Essure done I’ve had issues with what another doctor has referred to as folliculitis (hair bumps on my legs and arms) that have never cleared up and have left scars that look like red and purplish chicken pox scars. I had to have a D&C done due to an overwhelming amount of Endometrium that wasn’t being dispelled during my periods, which after looking it up may result in complications due to a reaction with the Essure.

I had an emotional breakdown, been diagnosed as being bi-polar, depression, and extreme anxiety. I have a severe Vitamin D deficiency, and been diagnosed with fibromyalgia due to the high amount of fatigue, sleeplessness, swollen lymph nodes, as well as the pressure points. I have night sweats, as well as major issues with my teeth becoming brittle resulting in oral surgery and dentures at the age of 36.

I have been experiencing these symptoms for the past 2 years. I have to get an ultrasound on my thyroid every 6 months due to the development of a nodule, all of which were either undiagnosed or have occurred since having the Essure done. My doctor that is classified as a ‘certified’ Essure doctor had rave reviews on how many women were choosing to have the Essure procedure done because it was less invasive and less recovery time.

From what I understand there is no test prior to having the procedure to determine if there are any issues that could detect if you are a good/bad candidate. All I can say is that my life has went to hell in a hand basket since having it done. I’ve told all my female friends that even mention any type of permanent birth control to never get this procedure done. It will ruin your life! 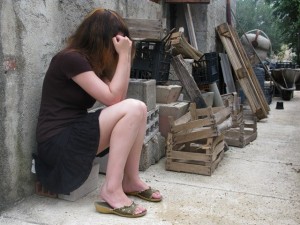