My doctor assured me that this was a quick and painless procedure and that I would not have any problems with recovery and could go to work the next day. I had the essure procedure done in August of 2009. After that all my problems started. Endless bleeding, and spotting. Severe pelvic pain, lower back pain, gastrointestinal problems, weight gain, mood swings , painful sex, painful joints, pain to the gall bladder.

I honestly thought I was slowly dying. I kept going to my doctor with complaints of pain and he kept telling me that it was not related to the Essure as per the representative that he spoke to. He kept giving me pain meds and would disregard me. I went to many specialists for second opinions. No one could help me. I contacted conceptual regarding my problems and they told me there was nothing they could do because it was a permanent procedure and the only way to remove this was by getting a hysterectomy.

I suffered for a year. Was not able to perform my activities of daily living, my kids did not have the same mother they had before and my husband did not have the same wife as before the procedure. I was always in pain and depressed. In August of 2010. I finally found a center which specialized in Essure reversal and I didn’t have to get a hysterectomy. As soon as the coils were removed I felt relief. 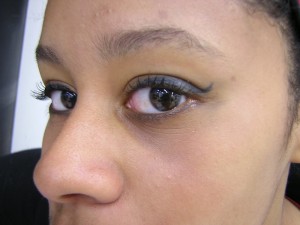