I gave birth to my fourth daughter in August of 2011. I knew I was not going to have any more so I decided that I wanted to have a tubal done. My OB/GYN referred me to another doctor since they didn’t handle that type of procedure.

I went and spoke with another doctor about getting a tubal, and they introduced me to the Essure procedure. It sounded great. Quick procedure and recovery time was next to nothing; therefore, I took the Essure option.

After I first had the Essure procedure done I had minor cramping which I was told would happen. The cramping subsided for about a week after, and then it went all downhill from there. The cramping came back, but way worse than before. My monthly cycle was out of whack, and no one could give me information as to what was going on. The hospitals where I live do not perform a tubal of any kind, so when I would go to the ER, no one could or would help me. In August of 2012, I went to the hospital ER where I had the procedure done, it turned out that I had a major infection. Mid November, I was back for the same type of infection.

I went back to the doctor who did the Essure procedure and told them what was going one, and they agreed to take them out. 12/18/12 is my day, unless I can get in earlier which I am trying.

We need to get this off of the market. I know what it is like, and I don’t want someone else going through this as well. Good Luck and Well Wishes to all of the ladies dealing with Essure. 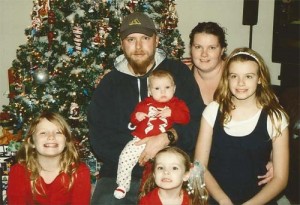