I consider myself one of the lucky ones. I had the Essure procedure in February of 2008 at the recommendation of a friend, who was a nurse. She worked with a doctor who was recommending the Essure procedure. I was three months postpartum from the birth of my third child and had decided not to undergo a tubal ligation. I did not want surgery and sedation right after the birth of my child, I wanted to be fully awake and aware and be able to successfully establish nursing.

My husband was dealing with significant internal health issues and having just come off of six months on a colostomy bag, I felt it was only right that I be the one to undergo a procedure. I learned about this relatively new, upcoming, and minimally invasive procedure and thought I was the lucky one to have found it.

Immediately after implantation, my periods became heavy and long. This caused fatigue and discomfort. However, I had three healthy, beautiful children and a husband that was successfully recovering from three years of health issues. Again, I felt blessed and lucky.

As my children grew and the years went on, I went back to work. It was then that my heavy periods and fatigue began to have a significant impact on my life. My period, which could last over two weeks per month, was almost always in the forefront of my mind as I taught my special education preschool students. At a moment’s notice, I would have to leave my classroom and rush to the bathroom. However still, I had three healthy children, a now healthy husband, and a wonderful job, I felt lucky and blessed.

When the bleeding finally became too much, I made an appointment with a new Ob/Gyn. I spoke with her about my concerns and she was quick to tell me that although I seemed to think Essure was the reason for my bleeding and fatigue, it was not. However, she was open to looking for a solution to my issues and sent me for an ultrasound. I was one of the lucky ones; many others are still searching for a doctor to listen.

After my ultrasound my doctor shared with me that although one of my coils was still in one of my tubes, my other coil had migrated to my uterus and was now embedded in my uterus. I quickly realized that this meant I was not protected from pregnancy. Somehow, I had not gotten pregnant during the past five years; I was one of the lucky ones.

At that point, my doctor commented that I may have been right in thinking that Essure was the cause of my bleeding and fatigue. She recommended that I immediately begin birth control pills and shared suggestions for solutions to my issues. Again, I consider myself one of the lucky ones; I had a doctor that was willing to help me.

After many days and hours of research, I contacted my doctor and told her I felt the only solution to my issues was to get a hysterectomy to remove my tubes, uterus, and the Essure coils. She said she too had done much research and had come to the same conclusion. I, once again, was one of the lucky ones. I had a doctor that was willing to listen. It is now four weeks later and I have scheduled my surgery. At forty one years old, I will have a hysterectomy that would not be necessary if I had never had the Essure procedure. Yet, I am one of the lucky ones. 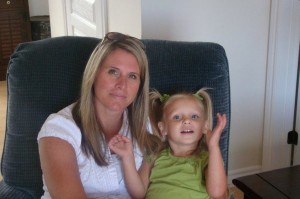