I just saw a commercial about the problems with Essure and never knew that some of the problems I have been having could be because of it. Here is my story. I have been having heavy bleeding and major cramping since I started my periods since I was 11 years old to the point wear I can’t move. So now that I am older and had my kids. I went to my OB doctor to discus different options to take care of my periods and long term. birth control. We discussed doing the Essure first (which I had last year) and then do the shedding of my lining to stop my periods. Well, Since the 2nd surgery. I have been bleeding and cramping uncontrollably to were I get up and make a puddle on the floor after a tampon and large pad had already been soaked.  Worse then I have ever had. Plus, I have been leaking liquid daily and I am always bloated and swollen. I have had multiple visits with my OB doctor who placed the Essure and never once told me that these can be side effects and that looking back on my last ultra sound that I could have Adenomyosis. (which I was always told after the ultrasound that every thing was normal). But that I could not be diagnosed with that until I have a hystorecomy and have it biopsied. I am now on birth control pills to regulate the bleeding. (which I should not need because of the Essure. Right?) Which still does not always stop the bleeding. Now my only option is a hysterectomy. I am worse then I was before the surgeries. Never once did not doctor mention these issues with the Essure.

The other suregry that I had after the Essure was the Ablation. To stop my cycles. I am worse off now then before. 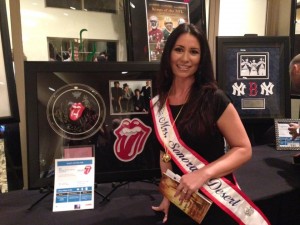