I decided after my second child I was finished having children. I have a boy and a girl! So i talked to my doctor about a tubal and all he could talk about was how great essure was and that it was the new tubal ‘Plus it makes his job easier’ Anyways I had to have surgery on April 2011. Everything seemed fine the first couple weeks cramping and bleeding like he had told me. But then about two weeks after essure was placed i started getting dizzy and would pass out.

Even though its been almost three years later i still get dizzy almost everyday, I get awful migranes atleast once a day, Before essure i never expierenced cramping or anything when i was about to start my period now its so bad i just want to lay still in my bed and cry. My periods are all crazy one month it will be light and only be 1 or 2 days long the next month heavy with clotting and last almost two weeks. I have sharp pains where my tubes are almost all the time its an awful pain pelvic pressure. Sometime a wierd tingling in my legs and i have lower back pain now! There is always a metal taste in my mouth ‘No matter how many times i brush my teeth or how much mouth wash i use!’

If that isnt enough i sometimes have chest pains, and im very tired and have no energy at all.

My placement doctor had me scheleduled after placement for the test to make sure i was blocked but had to reschedule, then the next one was the same thing. I have yet found a doctor who will see me mostly because they have no clue what essure is and because they probably dont want to be involved with another doctors job!

I was really healthy before essure and i was always doing things with my kids! I just want my life back! I have red so many stories about essure and there are so many woman having worse problems then me! I just hope the FDA will start caring about us and quit using us as ginny pigs!! RECALL ESSURE!!

This is my story and even though im far from being over this nightmare i just hope we can stop others from getting Essure!!

I want to thank all my Esisters on our facebook page Essure problems and I also want to thank Erin for being our voice for so many woman! 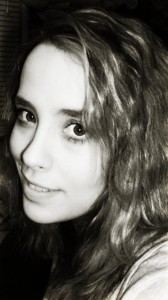