I had my Essure coils placed in February of 2013 and thereafter felt like I was not recovering from the procedure as I was told I would. Initially I thought (hoped, rather) that my body was just being slow to heal, but eventually I had to come to terms with the fact that not only was I not healing, my health was rapidly declining.

Before Essure I was healthy and active.  I exercised 5-6 days a week, participated in monthly races, had energy and joy, and enjoyed a fulfilling work, home and thought life.  I was a vibrant, happy, woman.

Contrast the above image with the following symptoms I experienced post-Essure placement:

I felt like I was being poisoned; I felt progressively sicker on a daily basis.  I suffered headaches, nausea, fatigue, excruciating pelvic pain, anxiety, depression, inability to focus, foul mood, and pain with intercourse.  Most of the above symptoms were present on a daily basis.

Every day was a struggle to get out of bed.  If I were able to summon the strength to exercise, I couldn’t exercise, even less than moderately, for more than 20 minutes (which I so desperately needed to do to try to cultivate some energy and positive mood for my son, for my students, for me!).

Those who knew me were concerned by how tired and drained and ‘gray’ I looked and how my behavior had changed.

I knew that the Essure coils themselves were to blame within a matter of weeks as it would have been ridiculously and absurdly coincidental that I would feel all this sharp pelvic pain in the location of their placement as well as all these other symptoms – for the first time in my 34 years of life –  due to some other health problem which I had coincidentally acquired at the very same moment in my life.

Anyway, I am one of the fortunate women who had an OB/GYN who listened to her suffering and acted.  I had my coils removed late May of 2013 via laparoscopic removal of my Fallopian Tubes.

Immediately after I healed from the surgery to remove the Essure coils, the horrendous pelvic pain was gone.  The other symptoms slowly subsided over the next few weeks.  I am now writing my story because the mental fog has lifted and I can finally have a clear thought and communicate it!  No more confusion and inability to focus!

I believe I may have gone mad and needed to go on disability had my Essure situation continued or worsened.  I can’t believe the eternity it felt like to live like this for three months.  Yet, there are women whose lives Essure has destroyed far worse, for far longer.  I can’t even fathom the pain of these women!  I can’t wrap my mind around their strength and courage in living through all this pain, their changed lives, their changed relationships. 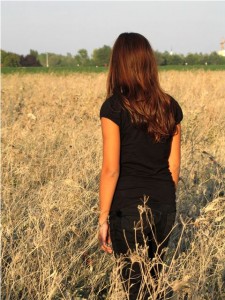